being30 15 Cheap and Free Things to do in London 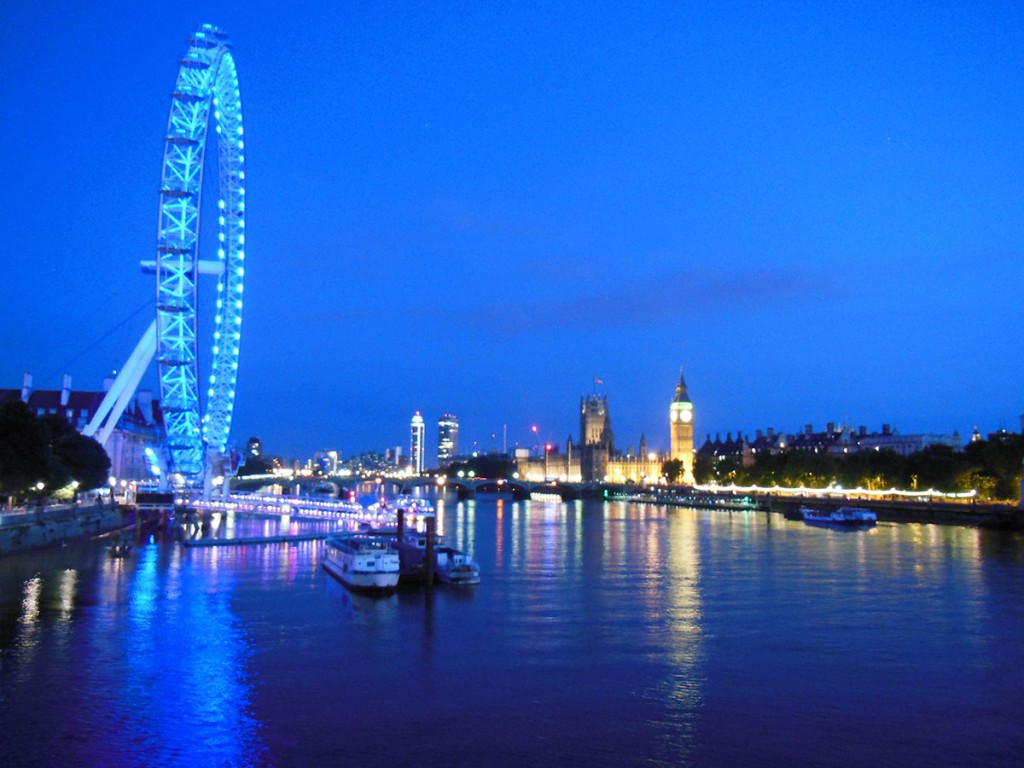 London is one of the most expensive cities in the world. The cost of a coffee is £2.40 (in Café Nero), Cost of a take away lunch is £5.00, the cost of one journey on a tube is £2.40 and a travel card is £11, so money can go very quickly. BUT there are still plenty of things to do on the cheap (without being tight with money) and there are also many activities to do for free. Here are just some of them. If you find any more, please let me know.

I love going to the markets in London. Borough market near London Bridge is one of my favorites as it is along the river. Greenwich market is also a great place to visit either during the week or on weekends. Columbia Road Flower Market is located in East London and is always buzzing. A great place to go on a sunny Sunday morning after a coffee at one of the nearby coffee shops.

I am not the biggest fan of museums, but in London there are so many interesting exhibitions and things to see. Museums are a fantastic history lesson, allowing you to glimpse into the past, soaking up all the knowledge from the exhibitions. I always feel smart after spending a few hours at a museum. The British Museum, Natural History Museum, The Victoria and Albert Museum and the Science Museum are also free. The Science and Natural History Museum is a great place to take the kids.

You can certainly keep fit in London if it is not raining. Walk around the nation’s capital instead of hopping on the Tube. Often it can be quicker to walk. For example from Charing Cross to Covent Garden or from Covent Garden to Leicester Square. The walk along the South Bank from Waterloo to London Bridge is one of my favorite routes in London and you can see so much of the city. With the Santander cycling scheme you can hire a bike for £2 for a 30 minute session. I mentioned in a previous post, there are many London runs to do. One of the most well known in the autumn is the Royal Parks Half Marathon. 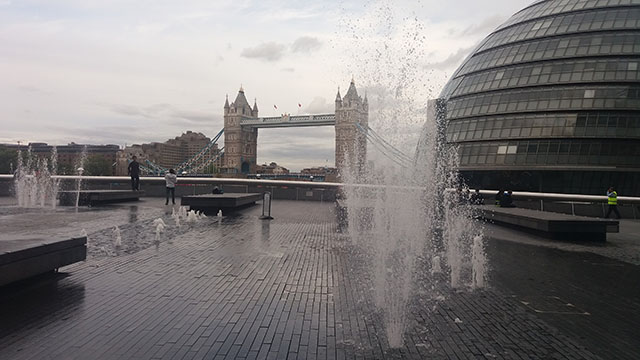 I am addicted to my mac as I work online. Therefore it is important I am connected nearly all the time. Many of the cafes and restaurants in London have free wifi. It will ask you to connect to The Cloud. EAT, PRET and ITSU have this wifi.

The Pan Asian restaurant Itsu reduces its food after 4pm. There are many supermarkets that also reduce their produce after 4 or 5pm as it is close to its sell by date. Many supermarkets throw out over 150,000 tons of their food (according to the Evening Standard) and if you know where to look, you can get a meal for nothing.

London is home to some of the biggest city parks. Hyde Park is London’s largest central park and visitors can even ride a horse and swim in the Serpentine. In the winter Hyde Park is home to Winter Wonderland which has an entry fee. On Sunday mornings, there is an open air debate taking place at Speakers’ corner. Kensington Gardens is next to Hyde Park and is a great place to take the kids as there is a playground – Diana, Princess of Wales’ Memorial Playground. For those in South London, Crystal Palace has a park with boating lake, farm and tea maze. North London, there is Hampstead Heath with 791 acres of open space including swimming ponds. There is a great view of London from Parliament Hill.

I have been told there are free lunch time concerts and recitals at St. Martin-in-the-Fields, St. Stephen Walbrook, St. Olaves in the City, and St. James’s Church Piccadilly. St. Giles-in-the-Fields hosts these free concerts on Friday and St. George, Bloomsbury, on Sunday afternoon. I have never attended but instead, I have always listened to the regular drummer opposite Top Shop on Oxford Street. He is there practically every night, drumming away – impressive sounds, wonder if he has entered to the X Factor?

There are 12 city farms in London. All have free entrance but the opening days and times vary. I have been to two city farms and they are nice quiet place to visit, like a little oasis in the midst of the concrete jungle. 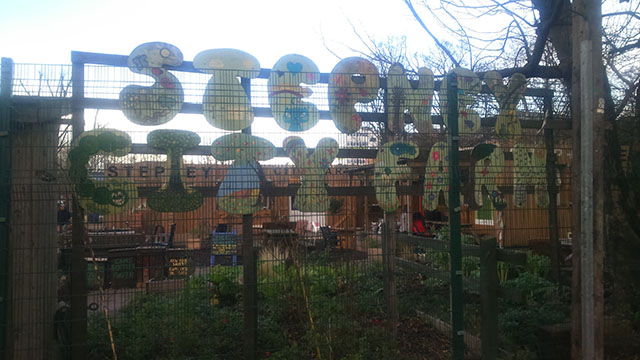 For those who do not want to take a hop on and hop off bus, many of the London buses let you see the sights for free. I took the 15 and saw a lot of the city. This bus passes by the Strand, St Paul’s and the city. I also like the number 14 bus that goes from London Piccadilly Circus past Green Park, to Kensington and Knightsbridge and then to Fulham and Putney.

Home to Greenwich Mean Time, I would recommend everyone to visit the Royal Observatory.No where else on the world, can you stand on either side of GMT. The National Maritime museum is also in Greenwich and is the world’s largest maritime museum. There are many exhibits including the uniform of Nelson when he was shot at the Battle of Trafalgar. There are some free galleries at the National Maritime museum. The Royal Observatory is free to members, otherwise it is £22.50 per adult. 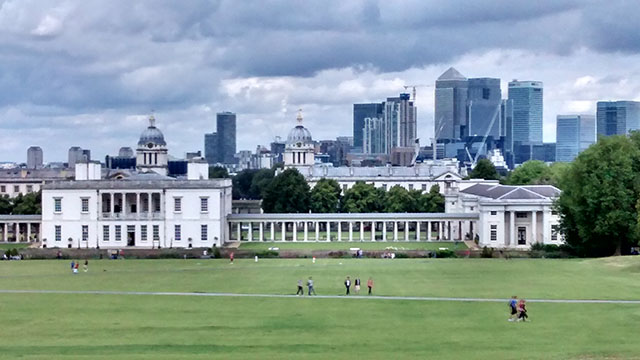 Also located in Greenwich, this is free if you are a member of the Royal Museums Greenwich. Otherwise it is £18.50 per adult to enter. Since the fire a few years ago, the Cutty Sark has been rebuilt and is now rased over 3 meters so you can walk underneath. This ship was the fastest ship of her time when it was built in 1869.

For those who want to take a view of the Shard, visit one of the restaurants/bars for a fantastic view. I went to Oblix, Aqua and Hutong. Most people have at least one drink at the bar, but who can stop you from visiting one of the highest bars and taking a few photos? 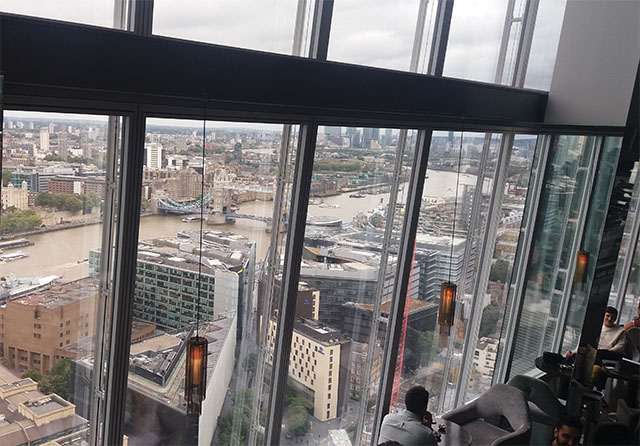 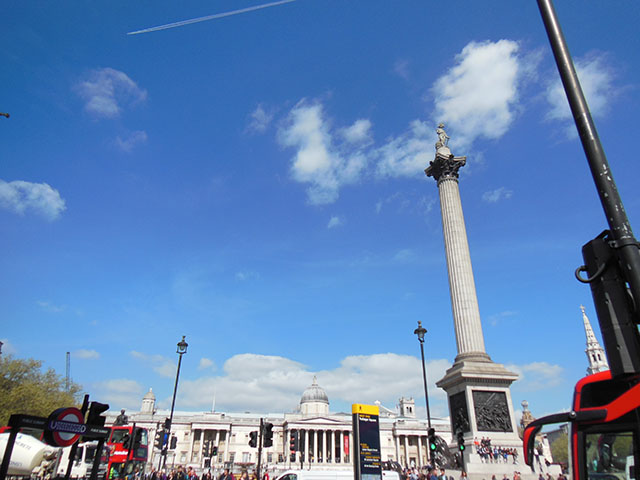 During the summer, there are screenings of well known movies such as Dracula, 10 Things I Hate About You and Jackie Brown in August. Bring a blanket and some food and you have a perfect setting to watch a film, in the courtyard of Somerset House. It is more expensive than the price of a normal trip to the cinema, but it can be a “treat” out for you and someone special. From November 17th until January 15th, there is an ice rink in the courtyard.  If you have your own ice skates, then it is cheaper than renting. I have paid about £15 for an hour which includes the booking fee. 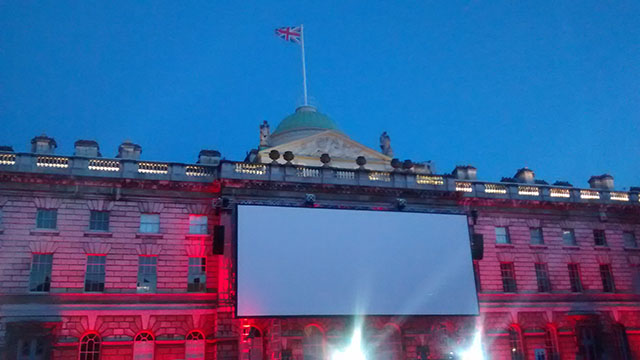 It is possible to have “cheap” theatre tickets if you do not mind being close to the ceiling and further from the action. Some of these “cheap” tickets are available in Box Offices at Leicester Square or event sites such as LastMinute.com and Time Out. 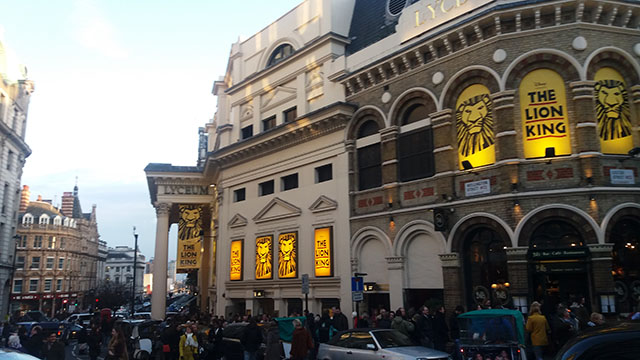 Have you been to London on a budget or are you planning on going? I would love to hear from you.