being30 Spain on Lockdown – First Weekend Inside – Barcelona

These past few weeks we have all been watching the news as the coronavirus spread. Italy was the first country in Europe to impose curfew regulations and maintain that people stay indoors. This came into effect for the whole of Italy on Monday, March 9th. Everyone watched and I was a little afraid the same would happen in other countries.

And then it happened in my city of Barcelona. On Friday afternoon the Spanish prime minister, Pedro Sánchez, declared a state of emergency and that from Monday at 8:00am we would no longer be allowed to leave our houses for at least 15 days, only to buy food/medicine /gas or go to the hospital.

Saturday morning I went to the supermarket as I was afraid we might run out of supplies. I had been going nearly every day as I walk to the grocery store and there is only so much you can carry. It was like a ghost town walking to Plaza Cataluñya, a square that is normally bustling with people. It was quite sad to see it so empty.

I went to El Corte Ingles to buy some supplies, the department store was closed, only the grocery store was open. It did not seem to be filled to the brim with people and there was plenty of food which is the opposite I found in my local supermarket called Mercadona. I went home on foot and saw some lost tourists, how terrible to come on holiday to suddenly find yourself stranded and everything being closed.

As I had understood we could not go out on Monday, my friend and I decided to go to the beach to see it for the last time for what may be weeks. It was surreal to be at the beach, there were a lot of people there all probably making the most of their freedom this last weekend. 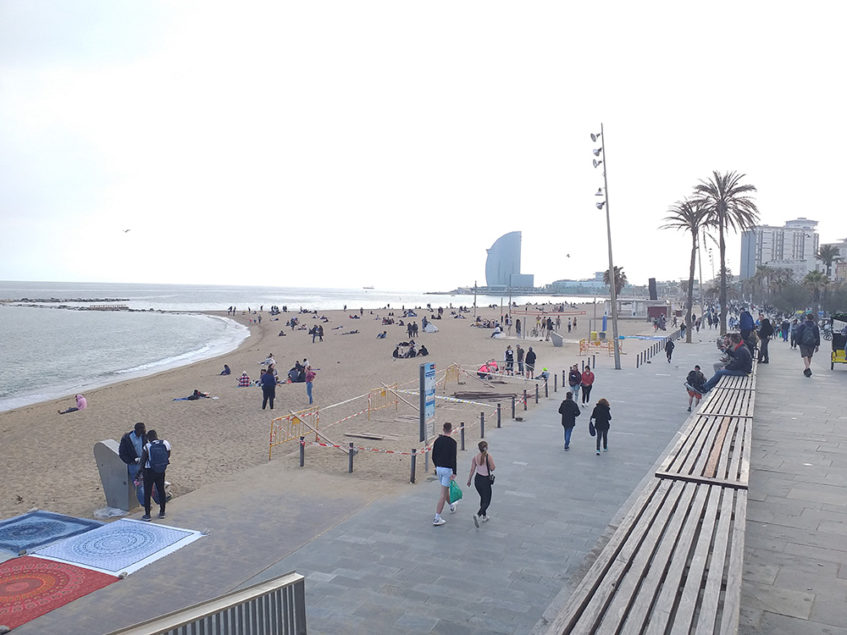 Saturday night was very quiet, I was home with my housemate and I made dinner. He is a doctor and had been in quarantine since the Monday and would be for 2 weeks as he saw a patient March 6th who then developed the coronavirus. As he is in quarantine he cannot prepare meals and we had been living in separate parts of the apartment, with him using his own plates and cutlery and sleeping in another room and using the other bathroom. He did not have symptoms and I was fearful he may need to go back to work soon as there are not enough doctors. 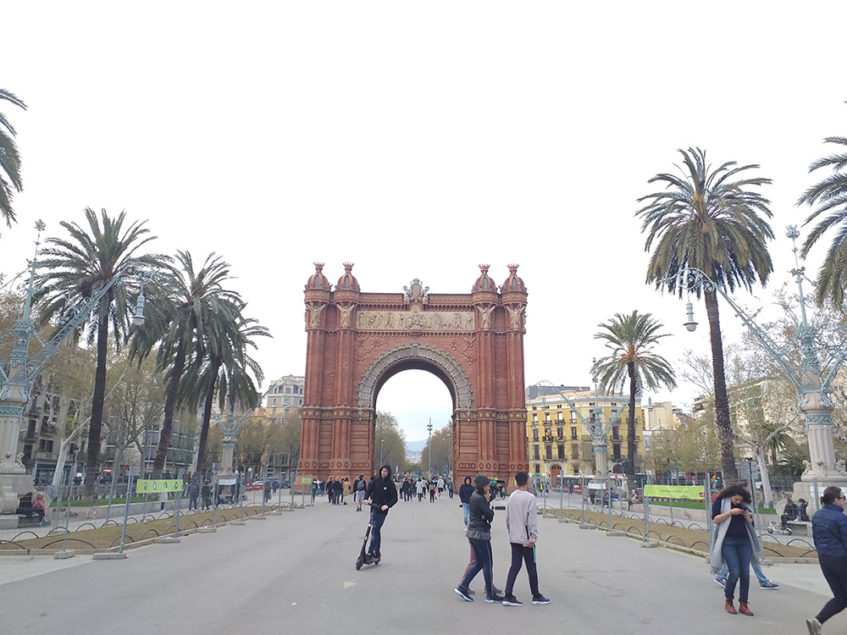 Sunday I wanted to go for a run to the beach with a friend to make the most of this last sunny Sunday outdoors. Little did we know we were not supposed to and were told off by the police for running. No one seemed to be telling off the other people around us who were also out and about. We made our way home and then stayed in our houses. At 20:00 that night everyone started clapping for all the medical team who work so hard fighting this virus. I was so proud to know a doctor and I am certain he will go back to work in the next day or two. We saw many neighbors from across the street who I had never seen before, one man was playing on the roof top (safely) with his child, others were cycling inside while another was on her balcony giving herself a pedicure. We are all now staying indoors, I feel for those who are alone and do not have a family with them, what are they to do?

We have 15 more sleeps of this, time to reflect on what we appreciate the most and perhaps also time to do some of those jobs around the house you had always been meaning to do, but were too busy.

A Long Weekend in Barcelona – Must See Attractions

Shopping Malls in Barcelona – So Many Shops Under One Roof