being30 4 Cities To Visit in Tuscany

I spent four nights in Florence which was not enough time to see the city and the surrounding area – Tuscany. I recommend you spend at least a week here, I know I recommended staying longer in Berlin, but believe me, there is a lot to see and I don’t think I even covered a quarter of it. Here are just 4 cities that I visited during my stay in Tuscany which I recommend you check out as well.

The capital of Tuscany, is a wonderful city, I recently wrote a post about discovering Florence for the first time.  I went on a walking tour where we learnt about the history of the city.  We saw the Duomo, the Santa Maria del Fiore Cathedral and The Bapistery, the oldest building in Florence.  We also had a mini history lesson outside. The Old Bridge or the Ponte Vecchio is well worth a visit, you cannot miss it as above it is a walkway built to connect the Palazzo Vecchio and the Palazzo Pitti. Along the bridge there are a number of silver and gold jeweller shops so you could even collect a little souvenir at the same time.  Florence is the home of the original David by Michelangelo and I would recommend you visit the Accademia which has been David’s home since 1873.  If you do not want to wait in line (or have forgotten to book your tickets in advance), you can see the replica in the Piazza della Signoria where he originally stood. 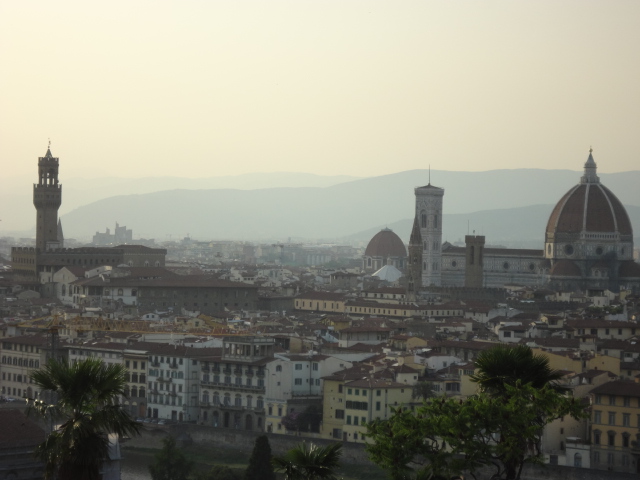 I took a tour of Tuscany – 3 cities in one trip – 12 hours long.  I saw many cities but I did not see enough of each one.  The first stop on the trip was Pisa.  There are many disputes about who founded Pisa, some say it was the Greeks, others say the Etruscans but it was referred to as an “old city” by the Romans as it existed before the Roman empire. Pisa started life as as a harbour/port and became a very important city. When the course of the River Arno changed, Pisa started to decline.   It is no longer a port but toursits flock to the city to see the Leaning Tower of Pisa which contains the tower bell of the cathedral located in miracle square.  You are able to climb the tower but unfortunately, I did not have time to climb it.  I would suggest you spend at least an afternoon in Pisa. 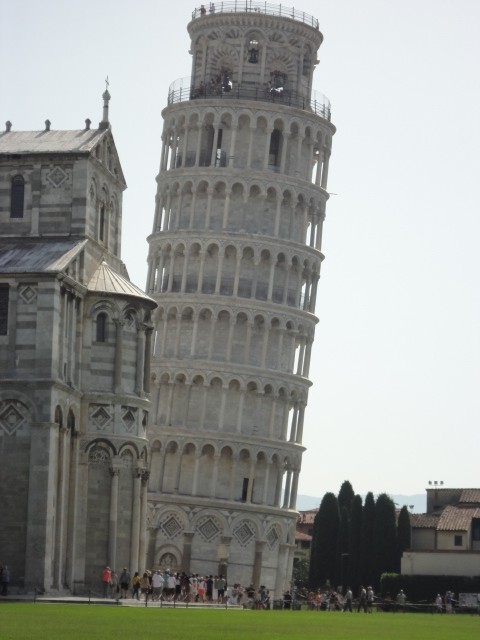 Also referred to as the Manhattan of Tuscany due to the number of towers in the town.  There were originally 14 towers during the Middle Ages. San Gimignano is famous for two reasons:

The vineyards around San Gimignano produces Chianti which is a red wine.  They also produce a white wine called Vernaccia Chianti de San Gimignano. The tour I went on included a stop in this town with lunch at a local restaurant which included sampling the Vernacha Chinati wine.

Siena is built around 3 hills which are reached by going up 6 escalators. Siena is famous for its University as well as the Palio horse race that takes place in the Piazza del Campo. It takes place only twice a year, on July 2nd and August 16th.  I visited Siena a few days before the horse race and the decorations were just getting set up all around Siena and in the piazza. We had a guided tour of Siena which included entrance into the cathedral.  The towns people wanted to build a bigger cathedral than Florence but the could not finish it due to the wars against Florence and the Black Death Plague which killed nearly 50% of the population.

The tour guide we had was really good, he certainly knew his history and he was a fun and approachable. I would certainly recommend this tour group, although it was a little on the pricey side of 80euros per person, but that was for 12 hours – so works out at just over 6 euros an hour.

Have you been to Tuscany? Are there certain towns and villages you recommend visiting? Let me know via Twitter, I would love to hear from you.

Meeting the SEOs in Florence – Interview with Discover Tuscany