being30 5 Attractions To Visit in Verona

I stayed in Verona for 3 nights.  I took the train from Salzburg to Innsbrook, then changed to Verona.  I had not really heard much about Verona before my vist.  The other two main cities in northern Italy  – Venice and Milan attract a lot of tourists each year, more so than Verona.  However after staying here, I would definitely come back again and maybe even take a day trip to visit Lake Como.

Here are 5 attractions I recommend you visit if you go to Verona.

The arena located in the centre of Piazza Bra, and is open Tues – Sunday 8:30 – 19:30.  On Mondays it is opened in the afternoon 13:30 – 19:30. Tickets costs 6 euros and it is well worth it, especially if you are not staying long enough to enjoy a live show. The arena is used to host plays and I would suggest if you can, buy tickets to watch one of the shows. 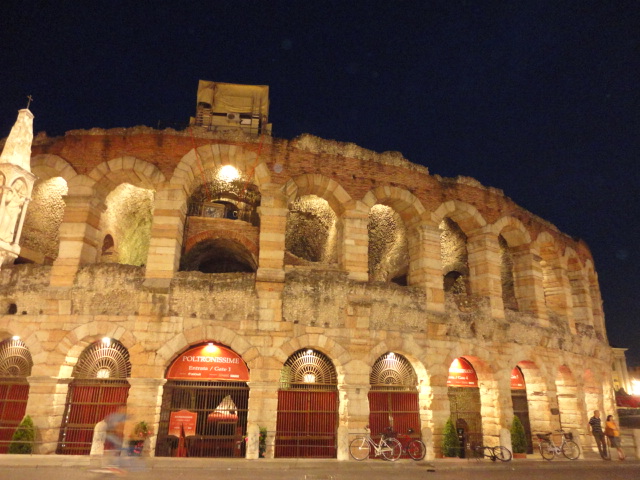 The Tower of Lamberi is open every day 8:30am – 19:30.  I did not have time to visit this tower but from the top you can have magnificent views of Verona. This was recommended to me and I wish I had seen it.

One of the most famous houses in the world is just off the Via Cappello.  This has opnly recently been opned and restored to its original condition.  I paid the 7 euros to give me access inside the house and to Juliette’s tomb.  I do no think the tour of the house was worth it.   There were some photos from the Shakespeare films and some clothes that they wore ,but a lot of the rooms were bare. Most people seemed to congregate in the courtyard outside having their photo taken with a statue of Juliette and for some odd reason always putting one of their hands on her boob (girls included). 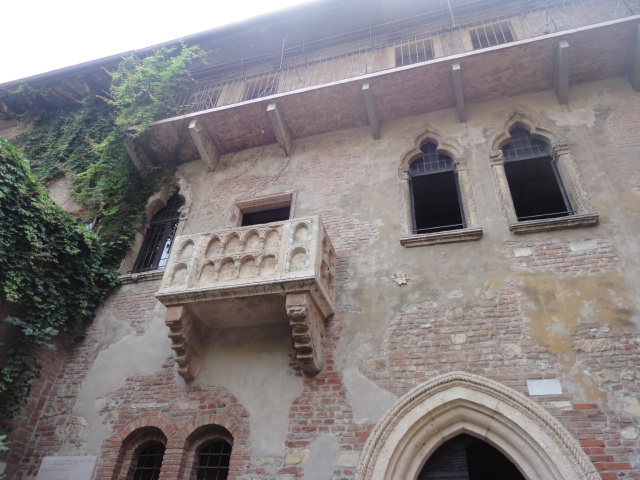 Walk about this beautiful piazza and have one of the fresh fruit salads sold at the stalls for 2 euros 50. I would avoid eating in the square unless you have the budget to do so as there is a 2 euro cover charge and drinks really add to the cost of a meal. I ended up spending 20 euros on lunch which included 6 euros on 2 bottles of small sparkling water and then 9 euros on a pasta that was good, but the meal itself was not worth 20 euros. 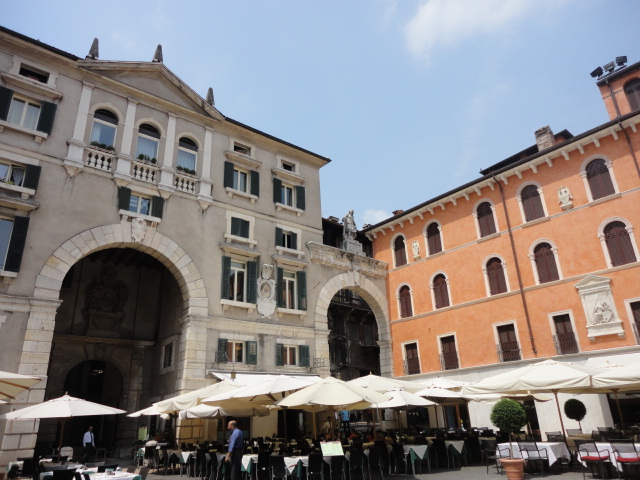 I walked around this theatre as I did not have tickets to go to the show.  The theatre is open  Tuesdays to Sundays 8:30 – 19:30 and  Mondays 13:30 – 19;30. The week I was leavning there was a jazz festival in the theatre.  Many people bring their own snacks to the show.  It seems like a fun night out and I would certainly do this if I came here again, this time with some friends.

There are many tours you can take if you are in Verona. There is a 2 hour guided walking tour but this only takes place on Saturday and Sundays and costs just 15 euros. The tour was organised by  Veronaround.it who were very quick to respond to me emails.

I stayed in the Franciscus Hotel just on the outskirts of the city centre (the website is no longer active).  It only took 10 minutes to walk to Piazza Bra, the main square in Verona.  Franciscus was 60 euros a night.  The owner Franciscus was very nice, although very direct.  Breakfast was included and I had a nice big room with air con and my own bathroom as well. The wifi did not work that well in my room so I went to the top floor which was much better.  I felt very safe here and would recommend this place to anyone, especially those travelling on their own. 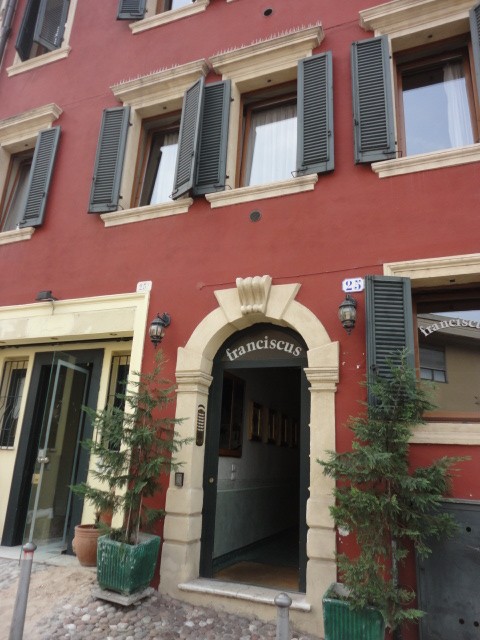 5 Attractions to Visit in Stockholm