being30 Adelaide – Best Beaches To Visit

Adelaide is a city of just over 1.3 million people, the 5th biggest city in Australia (behind Perth with 1.8 million people). My sister moved from Perth to Adelaide last year and this was the first summer to visit her with my nephew and brother in law. Perth is known for its beautiful beaches and Sydney as well, but Adelaide and South Australia also have their own wide and family friendly beaches. These are just a few I visited when I was over there in December.

Situated west of the city, it is also accessed by tram from the city center. You can also drive and park there but parking is quite expensive at $5 an hour.  During the summer months, Glenelg has a beach bar club but there is an entry fee. There is a playground by Jetty Road, great for children from the ages of 2 and up.  The beaches are wide and there are small pools of water when the tide goes out, safe for children to paddle in. Jetty Road is full of shops (some tourist ones) and pubs and restaurants.

I really liked Henley, it had a jetty and foreshore with a row of shops and restaurants, and the surf life saving club. We went to the Henley Beach Surf Life Saving Club and had brunch. This was one of the cheapest places for brunch for $11.50, eggs, bacon and sourdough toast. The SLSC was right on the water and had beautiful views all up and down the beach to Largs North. Every Sunday until May, there are night markets at the Henley Pavilion. 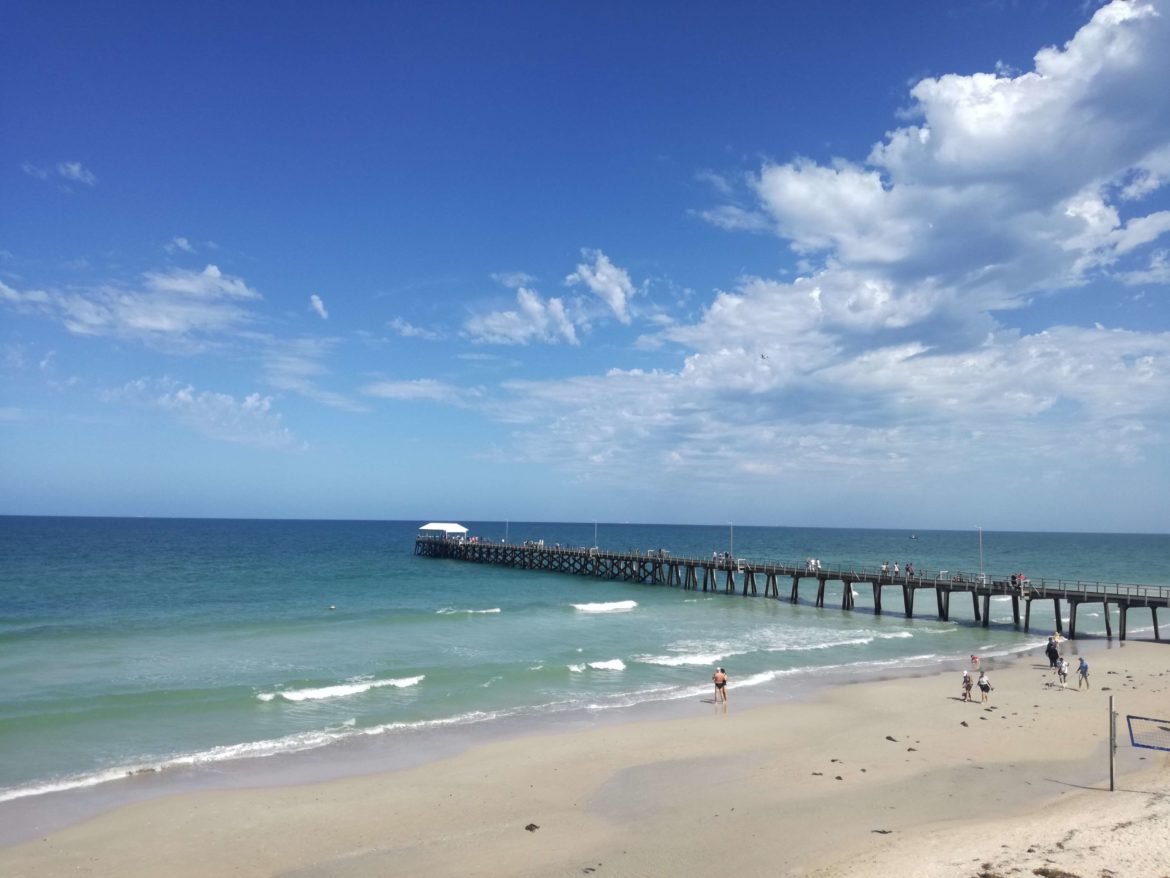 My sister lives near Semaphore beach where there are some cafes and a few restaurants and pubs. There is a really good fish and chips take away which we went to for New Year’s. There area is not as touristy as Glenelg so you cannot buy souvenirs there, go into the city or go to Glenelg. We spent New Year’s Eve watching the fireworks from the main road over looking the water. There were fireworks on at 21:00 (this children’s fireworks) and then there was another showing at midnight. My sister and brother in law went to Semaphore’s Palais which used to be a 1920s bathing pavilion for some New Year drinks. 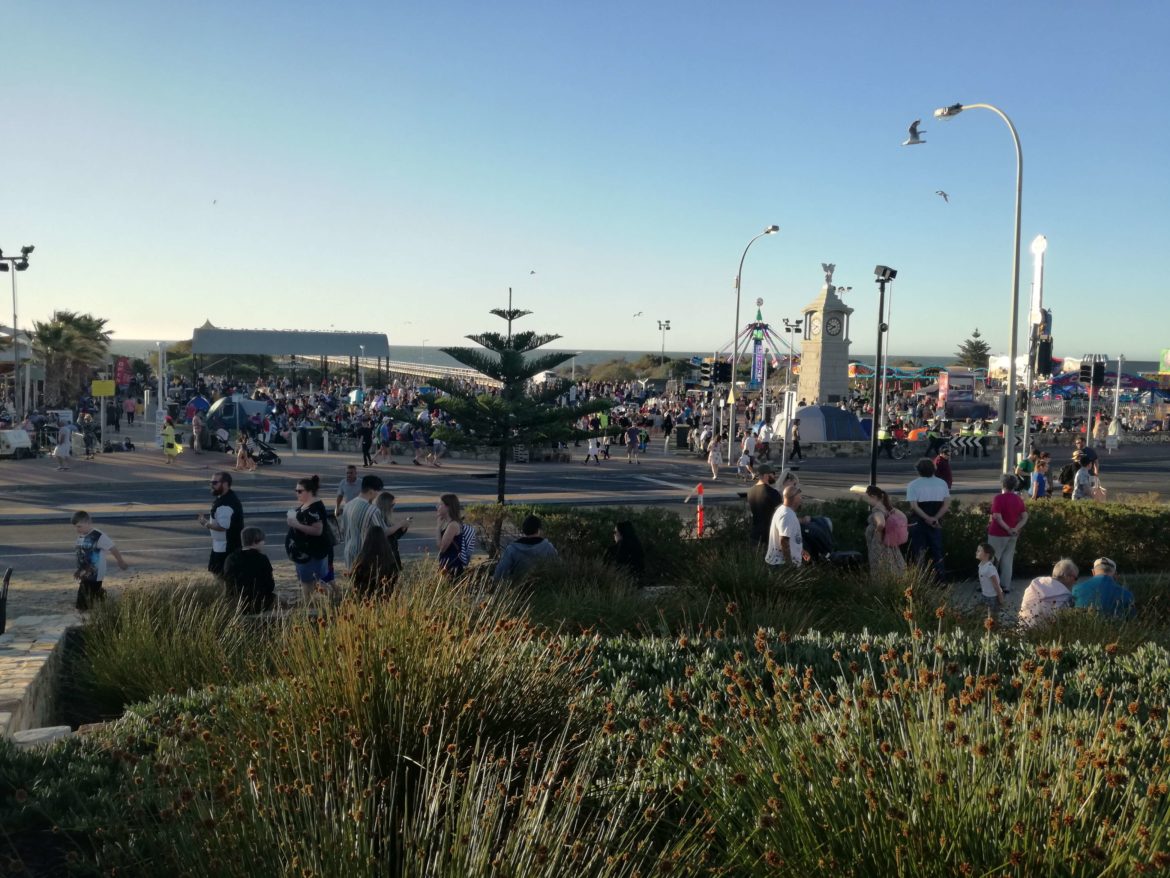 My sister’s closet beach is Largs North. We went here for Christmas Day. My brother in law made pancakes on the beach. When we arrived there were some people already reserving their BBQ area by the playground next to Largs North’s kiosk. It is a large and unspoilt beach, with long pier offering some shade during the day. We swam along the beach to Semaphore and the water was very still, so we could see some seals swimming up to the beach. 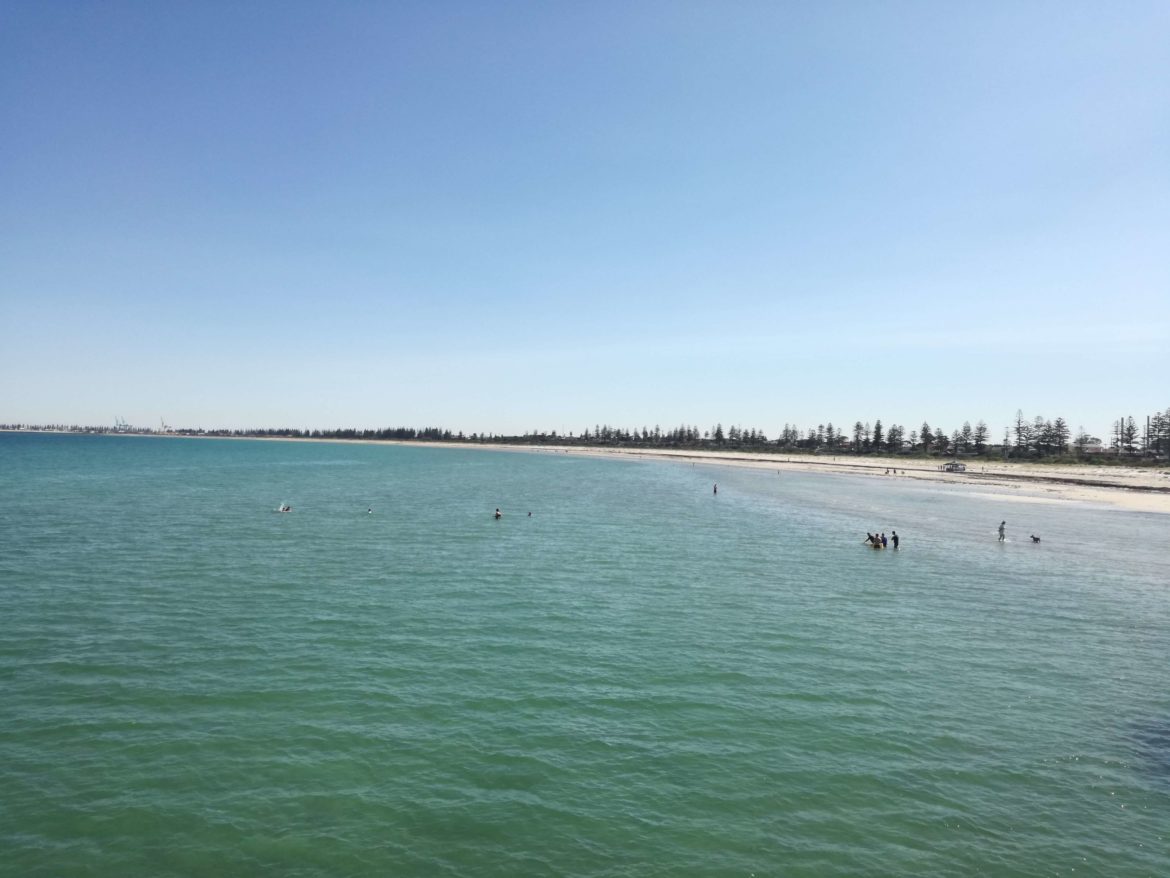 My brother in law took us surfing the weekend before Christmas. It was to a small town 1 hour drive away. 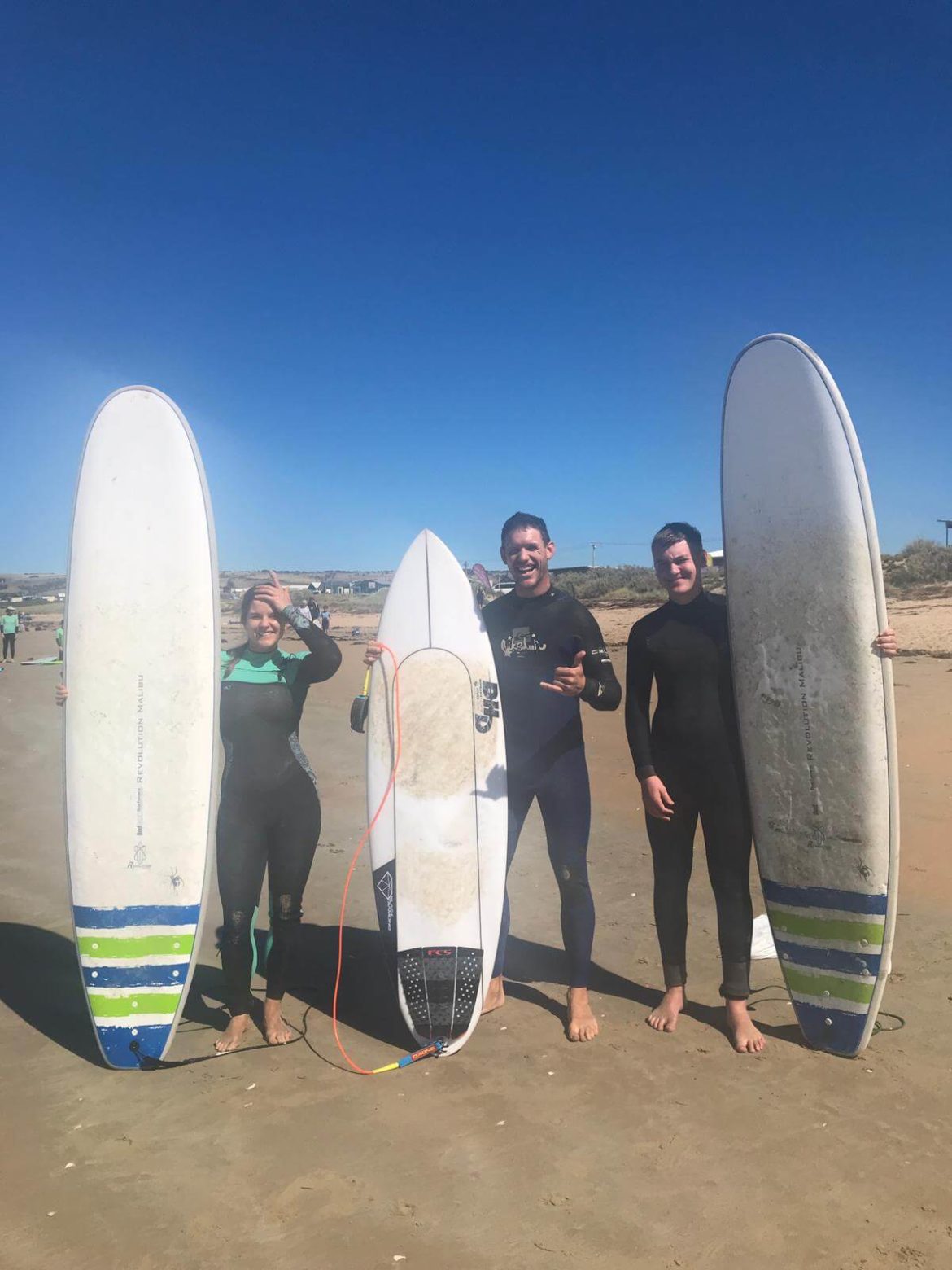 10 Things to do in Adelaide