being30 Best Beaches to Visit in Sydney, Australia

Sydney is the home of some of the best beaches in Australia.  After living in Sydney for a few months now, I have been fortunate enough to visit many beaches.  These are just some of the beaches I have been to (or soon visiting) and would recommend.

This is a secluded beach south of the famous Bondi. There are two BBQs to use free of charge and a sheltered dining area, perfect for family BBQs. It is an ideal beach for children as there is a swimming pool and the sea is sheltered from the waves.  Underwater visibility is great and many people snorkel in the sea.  There is surf club and also a cafe to purchase snacks – but it closes around 4 in off peak season.  There is parking, on the other side of the surf club, however traffic to the beach during peak season can be high, so arrive early to avoid disappointment. 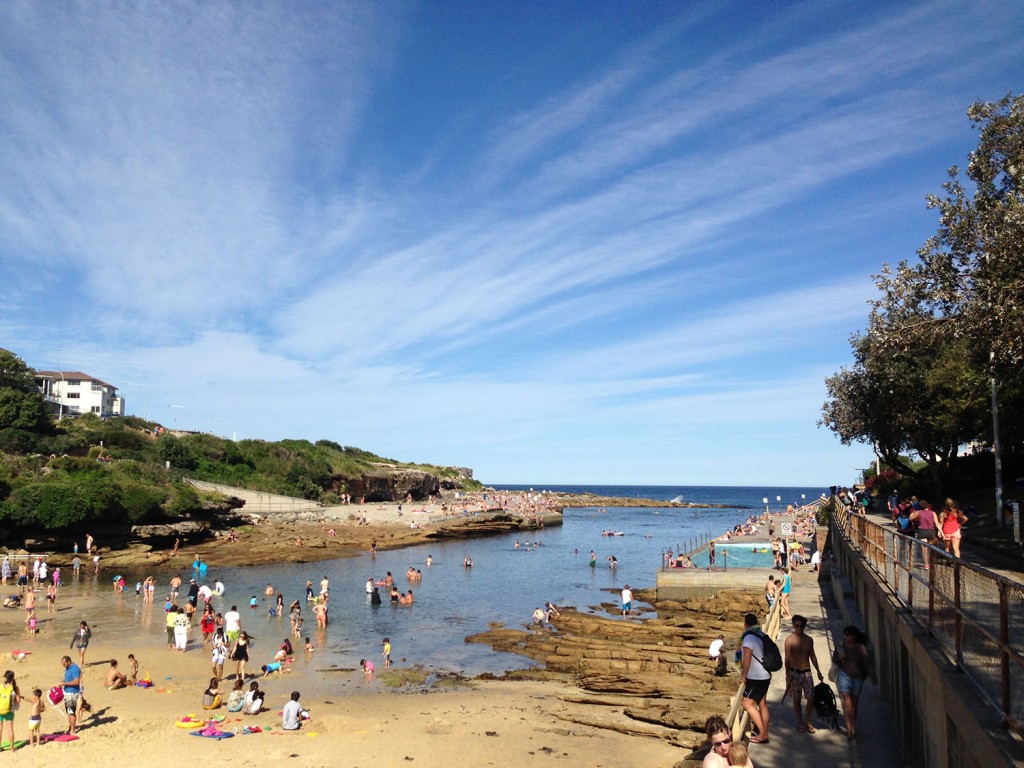 Directions: Take the bus 339 from the city. Alternatively bike down towards Bondi.

If you want a beach the locals frequent, visit Bronte.  A smaller beach than Bondi or Manly, there is enough room on the sand and in the park (with shade) for families, locals and tourists a like. Bronte is nestled between Bondi Beach to the north and Coogee Beach to the south. There is a 30m ocean pool at the south end of the beach. For keen swimmers there is a 2km swim from Bondi Beach to Bronte every December to take part in.   Bronte is home to the oldest Surf Lifesaving Club in the world, set up in 1903.  There are also lots of cafes and a couple of restaurants opposite the beach.

As with many beaches in Sydney, parking is difficult, so instead take the bus from Bondi Junction or the city.  Alternatively, bike down to the beach.

Just north of Bronte is the Tamarama.  It is a much smaller beach and if often called Glamarama (or Glamourama) due to the number of apparently beautiful people who sun bathe there (often topless). When I went earlier in the year, I didn’t see this, but I did see some people playing volleyball, a popular sport for the beach.  Tamarama is not the best beach for weak swimmers due to the deep water and easterly aspect which generate rip currents.  It is apparently one of the most dangerous patrolled beaches in the state.  There is a Surf Lifesaving Club that overlooks the beach making sure the swimmers stay safe. In over 100 years, they have not lost a single life on the beach.

One of the larger beaches in the Eastern suburbs, this is the end or start of the Bondi- Coogee coastal walk.  The beach is family friendly and also good for beginner surfers.  There is a promenade area, which has restored historic buildings full of cafes, restaurants and shops.  There is also a park area with children’s playground.  There are changing room, showers and bathroom facilities at the beach. Like many beaches in NSW, there is an ocean pool called the Wylies Baths and there is also a women’s pool.

The famous Bondi beach is about a 20 – 30 minute walk from Bondi Junction.  It has grown in popularity since the 1980s.  What was once a poor man’s part of town is now a very desirable and expensive place to live. Many British and South Africans live in Bondi, due to the proximity to the beach.  There are two surf clubs, Bondi and North Bondi Surf Life saving Club, with the latter having a brand new surf club built this year.  The south end of Bondi is home to the Bondi Icebergs, an ocean pool built into the rocks.   Behind the Icebergs is where the Bondi to Coogee Coastal walk begins.

Many people that live in Manly stay in there (not venturing into the city) and it is easy to see why.  Manly is a growing suburb of Sydney with its own large selection of shops, restaurants and a long and beautiful beach.  It is also one of the oldest first seaside resorts to allow daylight swimming back in 1903.  There is Manly Wharf with bars and restaurants and a sheltered beach and a large stretch of beach for swimmers and surfers.  The beach is so long it is divided into North Steyne Beach and Queenscliff Beach at the north end.

For a more sheltered beach where you can enjoy snorkelling and swimming with no waves, visit Shelly Beach.  It is also a popular spot for scuba divers as it goes down to about 12 meters.  It is a perfect family beach with two free BBQs, bathrooms and a kiosk.  There is also a bush track around the headland.  Bring your camera to take photos of the stunning scenery of North Head and the Northern Beaches. As with many beaches, tthere is limited free parking so take your bike !

How to get there: Take the ferry from Circular Quay to Manly, then it is about a 20 minute walk from Manly.

On the other side of Manly is Freshwater or “Freshie” as the locals call it. It is where the famous Duke Kahanamoku first demonstrated to Australians surfing after he carved his board out of local timber. There is a 8 lane 50m pool at the north end of the beach with the life-size statue of Duke. It is ideal beach for families as the north headland protects the beach from the northeaster and the waves are consistent across the beach. I have not yet been to this beach, but I will be staying here over Christmas and will take lots to upload to this post.

Dee Why is part of the Northern Beaches, a huge stretch of sand that spans the east coast from Manly up to Palm Beach.  This was the place I first surfed and is away from the hustle and bustle of the city. It is a family friendly beach with a children’s playground and outdoor tennis table.  Dee Why is also a great place to come for some of the main events in the area such as New Year Eve fireworks and Australia Day.

Collaroy just north of Dee Why is a wide open beach with cafe, playground, rockpool, picnic area and BBQs so you can have that “barbie” on the beach.  I went to the cafe for brunch and had the delicious pancakes.  Collaroy is also an “Accessibility Precinct” which means it is making the beach accessible for all.  It has a Liberty Swing and Free Wheeler beach-access wheelchair.  Unlike the beaches closer to the city, this beach is quieter and also good for beginner surfers and also for wind surfing.

What is your favorite beach in Sydney? Contact me via Twitter and let me know. If you are looking for cheap and free things to do in Sydney, read my post on Being30.com.

Sydney in the Spring – Fun Things to Do