being30 24 Hours in San Franciso – Places to Visit

San Franciso is a beautiful city in California. Sometimes it feels so different to the rest of the state, maybe due to is micro climate with the bay. It is also one of the most compact cities I have been to, so many restaurants, bars and attractions in just 49 square miles.

If you are heading to the west coast of the United States, I would definitely recommend you spend a few days in San Francisco. However, many people use this city as a stop over when flying to Australia.

Here are just my top tips on what to do when you are in SF.

Catch a Cable Car at the corner of Powell and Market

The cable car dates back to 1873. British born Andrew Hallidie was inspired to build the cable car system when he saw horses die due to the steep hills of San Francisco. The system was copied in many places over the world including Dunedin in New Zealand. There are sill 3 cable lines that remain and which still run today. It costs $7 to take one single ride. Get there early as there are long lines for the cable car. If you go in July, there are the annual cable car bell ringing contests, which takes place on either the second or third Thursday of the month. 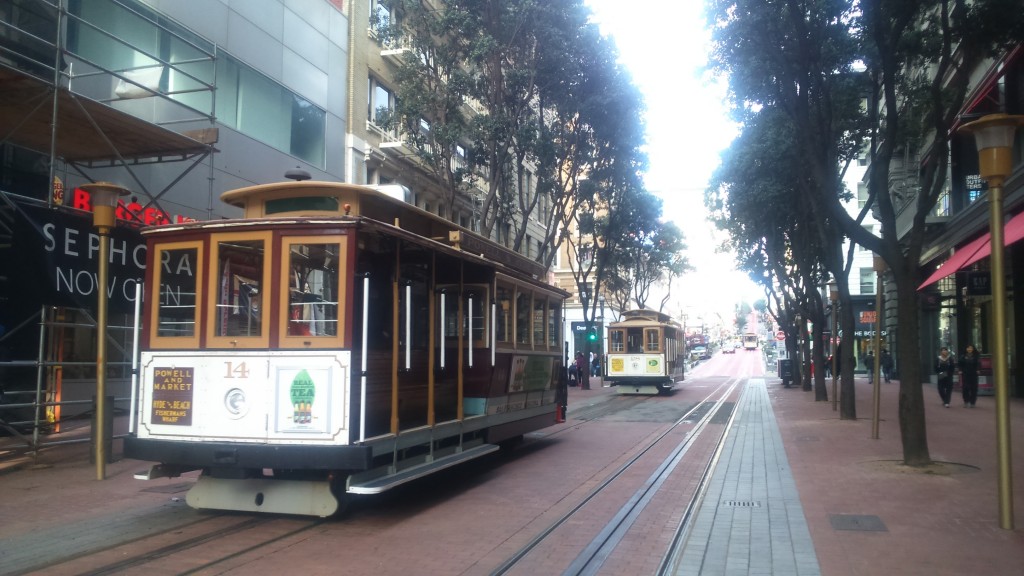 The China Town in San Francisco is the biggest in North America, even larger than the one in New York City. It is well worth a visit when you go to San Francisco. The entrance is on Grant Avenue and Bush Street through Dragon’s Gate. There are many souvenir shops along Grant Avenue and I bought 2 pairs of sunglasses for just $10, what a bargain. Stockton Street is the working Chinatown where you can buy herbal remedies and other Chinese delicacies. I did not make it to the Golden Gate Fortune Cookie Factory, where they make around 20,000 fortune cookies a day, but I would go there next time. It is on 56 Ross Alley. 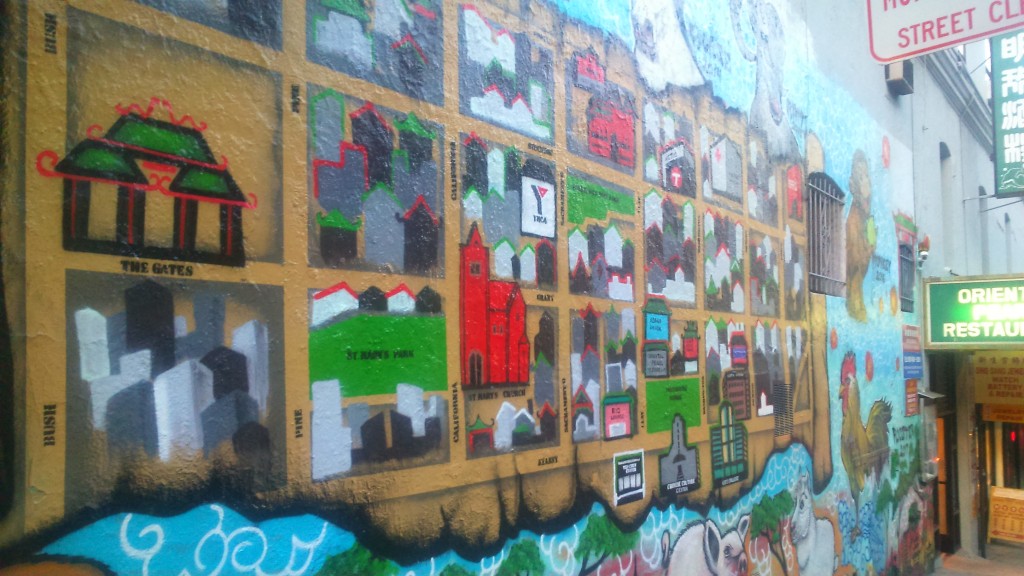 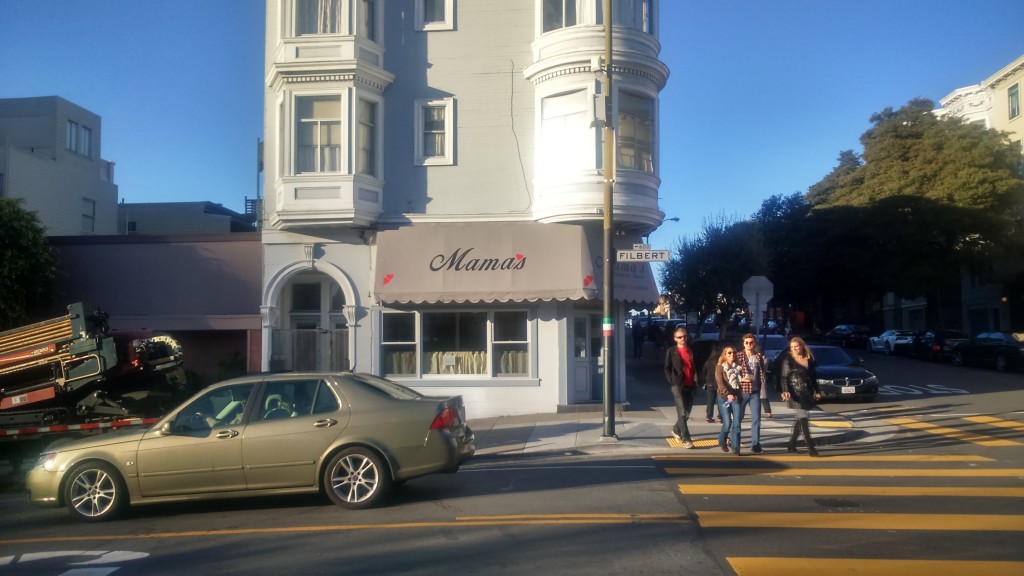 North Beach is the Italian neighborhood of San Francisco, due to the Italians who came in the late 1800s to settle. It is also home to some of the liveliest clubs and bars. And many Italian restaurants. I went to one well known place for brunch – Mama’s with a friend and it was delicious. We did have to wait around 30 minutes for a table but it was worth it. My friend also took me to City Lights which is just off of Broadway. City Lights is a book store with vintage art and has become a legacy since 1953. It is a compact store with all the literature you could wish for, fiction and non fiction on the main floor with poetry upstairs.

Although it is a bit of a tourist trap, if you have not been to Fisherman’s Wharf before, you should go. There are the sea lions at Pier 39 that are always fun to see. Take one of the boat tours from the Wharf including one to visit “The Rock”, Alcatraz. Some people like to buy the fresh crab being sold by vendors, but it can be very expensive. There are a lot of street performers at the wharf, so it can be very busy, but I would still recommend making a quick stop here next time you are in San Fran. Thee is also apparently a good chocolate show at the end of the wharf called Ghiradelli Square.

This square was built in 1850 and names by the first major of San Francisco. It is in the center of San Francisco and there are many well known hotels nearby. There was a lot of construction going on when I visited this year, but normally it is a nice place to go for lunch. Macy’s overlooks the square and the famos Cheese Cake Factory is on the top floor with views overlooking the square.

This was where hippies used to live, but they certainly could not afford to now. The Haight- Ashbury is one of the most expensive neighborhoods in San Francisco. The Corner of Haight & Ashbury was the most famous intersection in the world back in the 1960s. It was where young people came in search of love and peace.  It is a busy neighborhood at any time. There are lots of cafés and bookstores, as well as vintage shops and bars. When I went here, there were quite a few homeless who were camping near the entrance to Golden Gate Park, but it is not dangerous. There are many homeless in SF, mainly due to the fact the government is more laid back about it and the weather is not as harsh as in other parts of the US like New York.

What did you see when you were in San Francisco? If you are staying on the West Coast for more than a few days, why not take a short trip to San Diego or even go to L.A for a long weekend?

Top 5 Places to Visit in Singapore