being30 Discovering Bratislava, Capital of Slovakia

I visited Slovakia on my 31 day tour round Europe.   It took about 3 hours on the train from Budapest.  I had never been to Slovakia before and wanted to see the sights of its capital city.  I would recommend you stay in the Old Town, which is close to all the action. You can see a lot of the attractions in Bratislava in a couple of days.   Here are just a few of them. 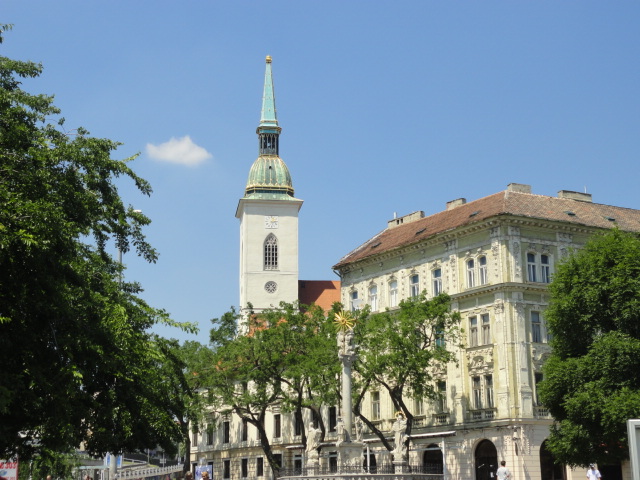 This shopping centre Eurovea was built last year and has many shops, bars and restaurants.  What once was an old factory has been transformed into a vibrant buzzing place right on the edge of the river. 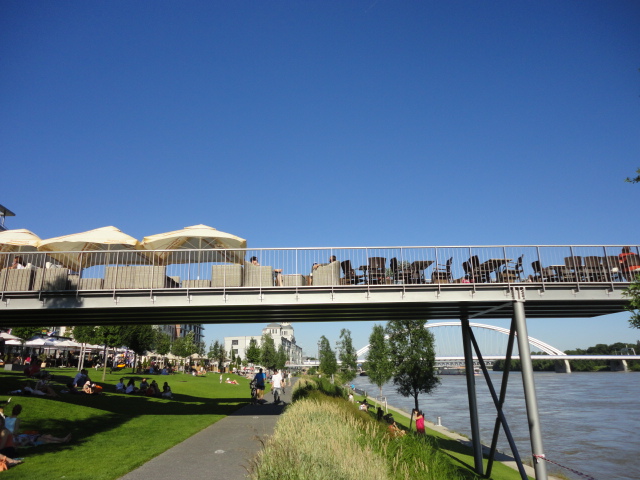 There is another shopping centre, Aupark on the other side of the river which also has a number of shops and restaurants.  It is situated close to the Sad Janka park.

The 85 metre UFO has been built on the New Bridge in Bratislava.  At a cost of just 6 euros, you can have panoramic views of the city and can even see into neighbouring Austria. We went up there for a drink but you can also have dinner in the restaurant which would make quite a nice romantic setting. 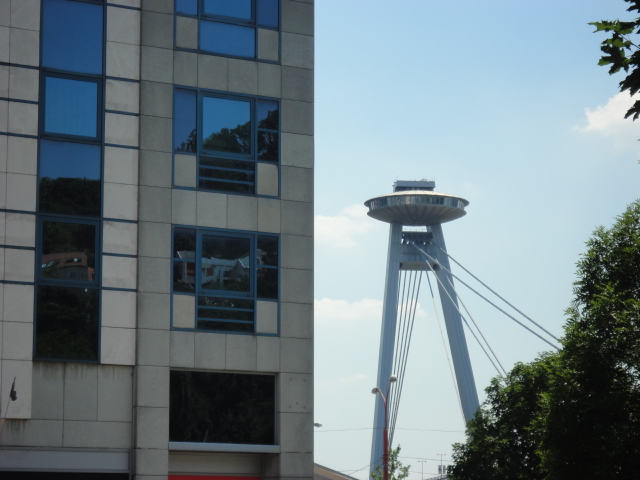 The historical city centre has been restored to its full glory. You can take a tour around the old town, but I would recommend walking instead, you can see far more and it will take around 1 hour maximun.  I suggest taking the Bratislava sight seeing tour if you want to go and visit the castle as it is quite a hike up the hill.

The last standing gate into the city, dating back to the 13th century, there is  also a historical museum inside. It is a beautiful building and on either side are a number of bars and restaurants. Just inside the gate is the “I love Bratislava” souvenir shop where I bought a few souvenirs. 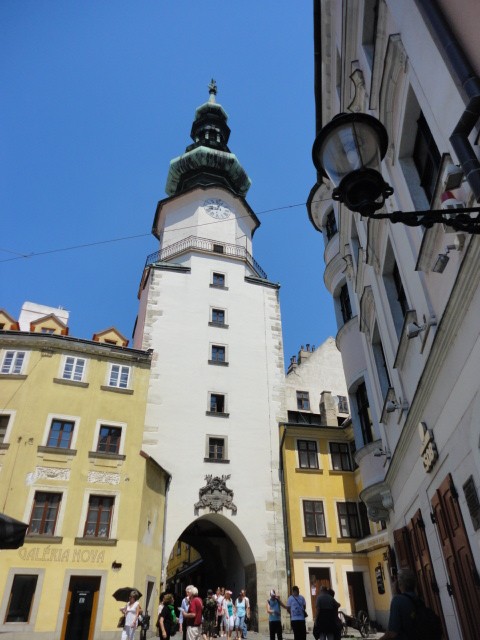 The castle is situated in the norther part of the town and sits high above Bratislava.  You can either take the castle tour up or  if you are feeling energetic, walk up.  Inside the castle is a historical museum. 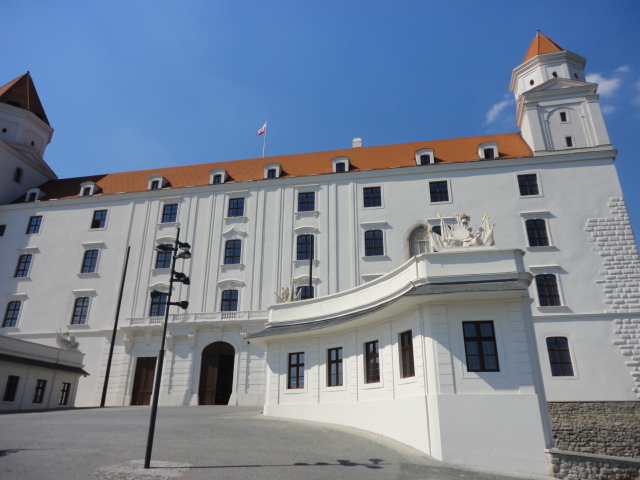 Bratislava was a very pretty city and is a place to visit for one or two days to chill out and relax before heading out to the bigger cities such as Vienna. It is a popular city for stag weekends, although travelling with a couple of girl friends, we did not sample the “stag culture” of Bratislava. Have you been to Slovakia? Get in touch with me on Twitter or Facebook.

Top 5 things to do in Alicante

Accommodation and Attractions in Prague