I went to Atelier Pan & Cook with some friends this month as it had recently opened and it had great reviews on TripAdvisor. It certainly didn’t disappoint and it was one of the best restaurants I have been to. (and I have gone to many restaurants). Don’t take my word for it, go try it out for yourself, the address is, Carrer de la Font Honrada, 3, 08004 Barcelona. The nearest metro is Poble Sec.

We were at Pan & Cook for lunch and were the only ones in the restaurant (we were there during a national holiday/festivo in Barcelona). The staff were very attentive and as we were celebrating two birthdays, they even gave us a glass of cava each to mark the occasion (on the house). 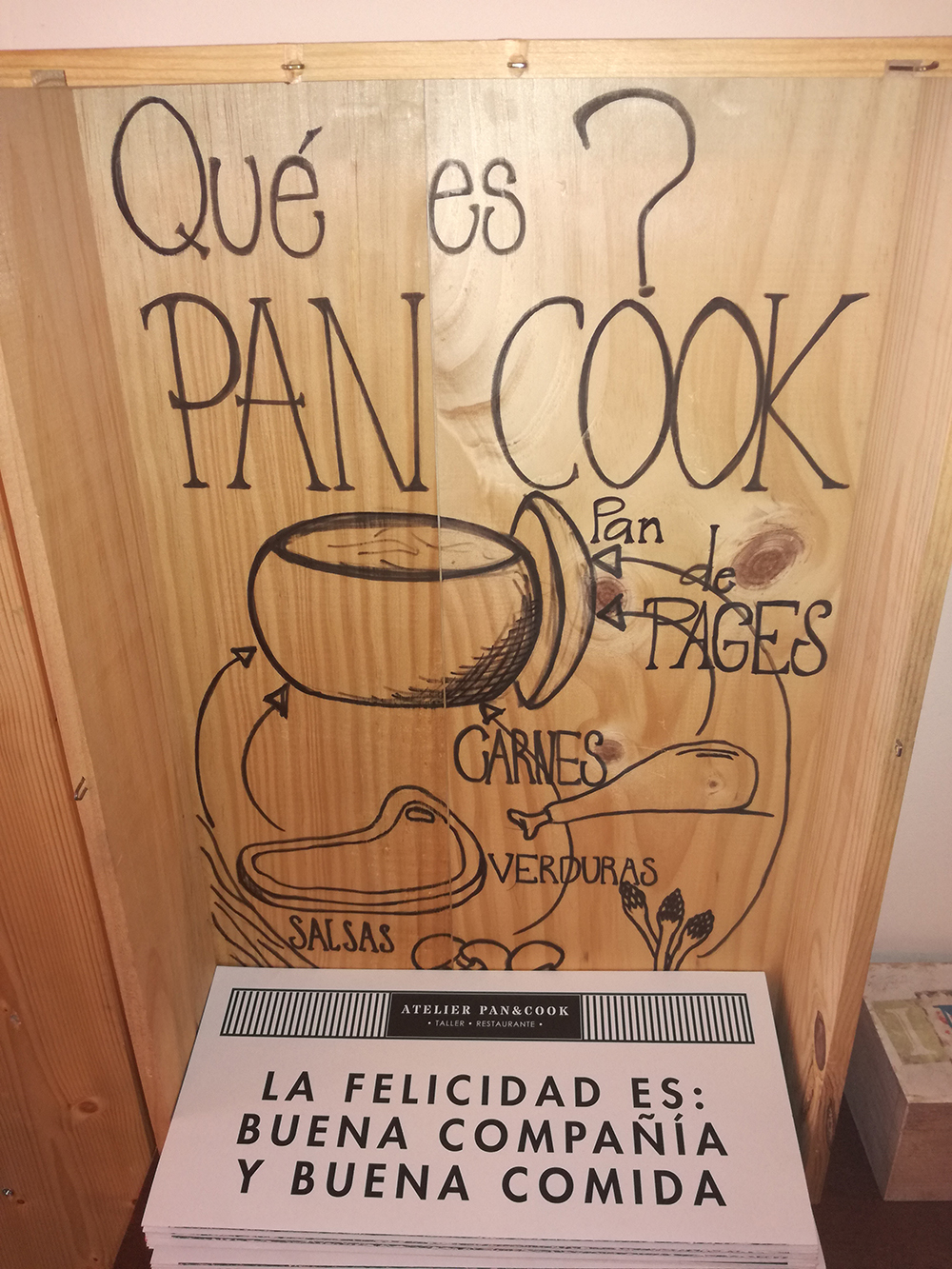 There was a set menu for 15 Euros and it was great value for money. First off was the salad, followed by the pan & cook, and a dessert. This also included an appetizer and a drink. Pan & cook is bread with cheese and the meat or filling inside. I had the beef with four cheeses. There was the option to have the chicken with mushroom or a vegetarian option or prawns in the pan and cook. The dessert was either a lemon cake or a chocolate tart. I had to choose the chocolate and it was delicious. Below are three of my different plates, I was so full after I did not need dinner later on that day.

In the restaurant they say happiness is good food and good company and I couldn’t agree more. The chef was the owner of the restaurant and was inspired from his home in South America. I have never had Pan and Cook before and I will certainly be going back again to have more. I went in the summer, but this place would also be perfect in the winter when you want to eat warm and filling food. The restaurant is open 1pm – 4pm and 8pm – 11pm Wednesdays to Saturdays. Sundays it is open for lunch before it closes at 4pm, letting the staff have their well earned time off on Mondays and Tuesdays. 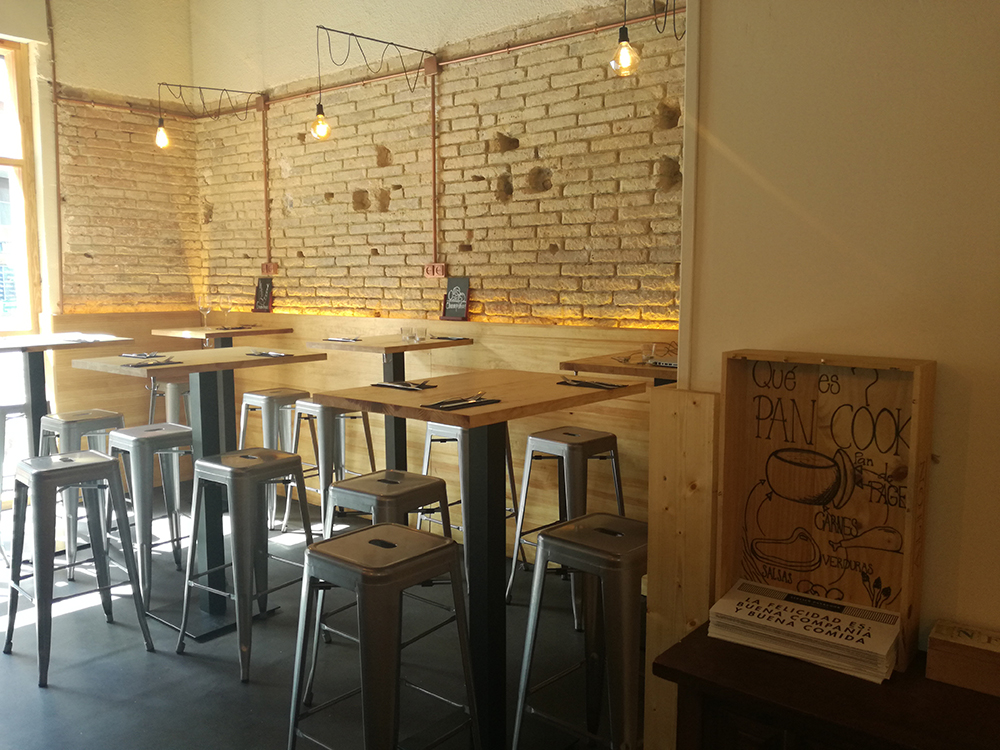 Have you been to Pan & Cook? What did you eat? How was the service? I would love to hear from you. Looking at all the reviews on Trip Advisor, I could not see any bad comments. I am impressed with the service, the food and the value for money at this restaurant.

Jamie’s Italian – Eating out in London