This past weekend, I flew from Sydney to Perth, to take part in my very first half marathon.  It was a daunting task – to run 21km, the furthest I have ever run, while also raising money for Miracle Babies. 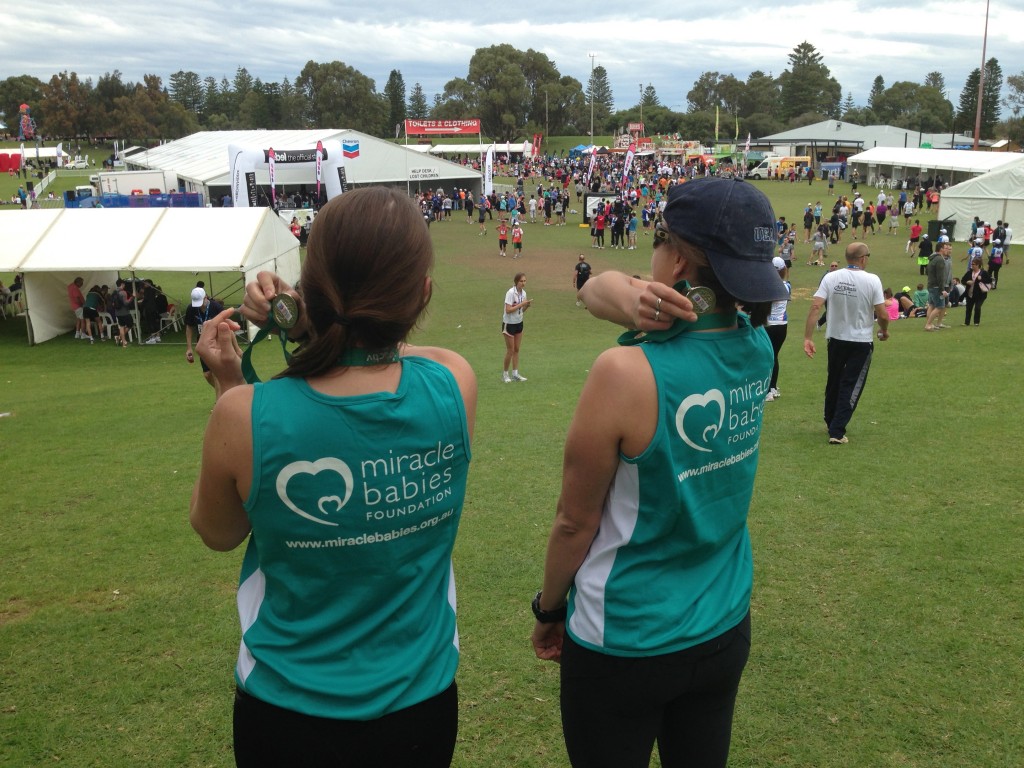 Miracle Babies is an organisation in Australia that supports premature and sick new borns, their families and the hospital that cares for them.  My sister and I were born 3 weeks premature and it was organisations such as Miracle Babies who took care of us, we would not be here today.  As a way of saying thank you to them, my sister and I raised money for this organisation.  One way we did this was by hosting a BBQ on the Friday before the City 2 Surf. We raised over $1,000 which I was really pleased about.

My sister and I wanted to raise money for Miracle Babies as without organisations such as these, we would not be here today.  My sister and I were both born premature, which is very common in twins. We needed extra care and stayed in hospital with our mother that became very ill for three weeks.

Miracle Babies Foundation is a great organisation and I would like to thank them for all their work in helping the 45,000 newborn babies who need the Neonatal Intensive Care Unit (NICU) or Special Care Nursery (SCN) every year. I am going to be running the Blackmores Sydney Running Festival on 22nd of September.

There are many fundraising activities to do, to help the charity. Miracle Babies have all their guidelines online, but the most important thing to remember is that all fundraising activities must be registered with the Foundation by completing a Fundraising Proposal Agreement. If you want to get involved, Miracle Babies has their Sydney annual picnic at Centennial Park on 20th of October. Tickets are $20 for adults and children 13 and younger are free.