being30 Amsterdam for a Long Weekend – Review of City Hub

Amsterdam for a Long Weekend – Review of City Hub 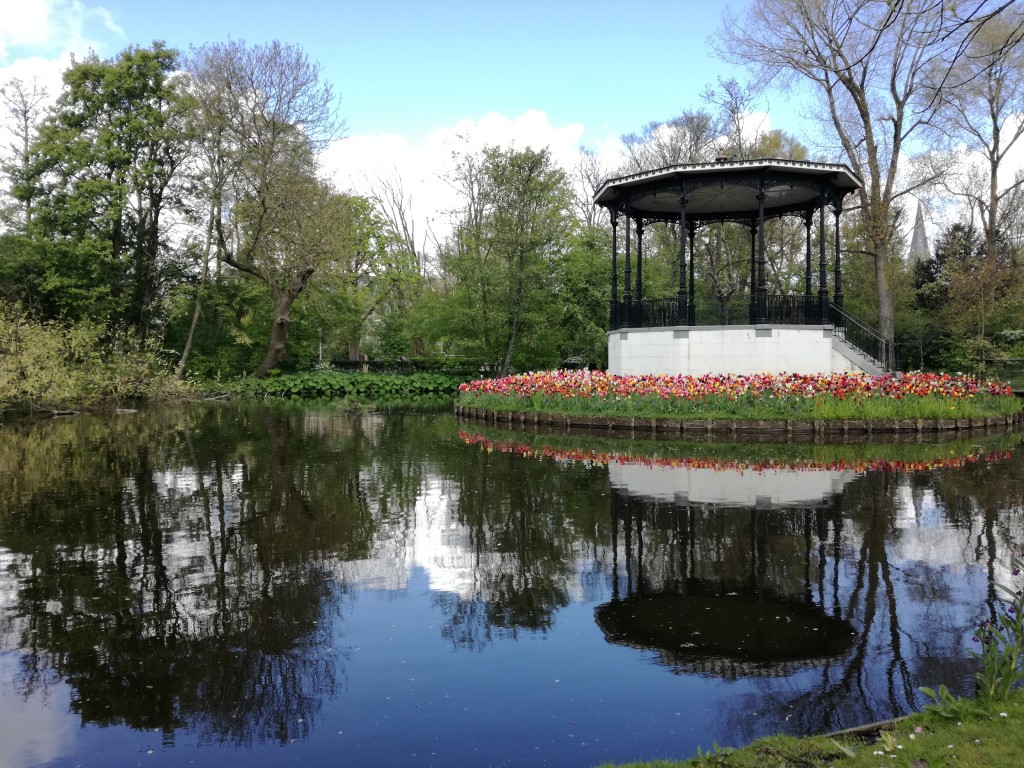 I just returned from a weekend in Amsterdam and stayed at a new hostel called City Hub. It opened in November 2015 and is already very popular, selling out nearly every night. It is not hard to see why.

The hostel is located just outside the city center, but you can take either tram 7 or 17 on Kinkerstraat and it will take you into the city in 5 minutes. 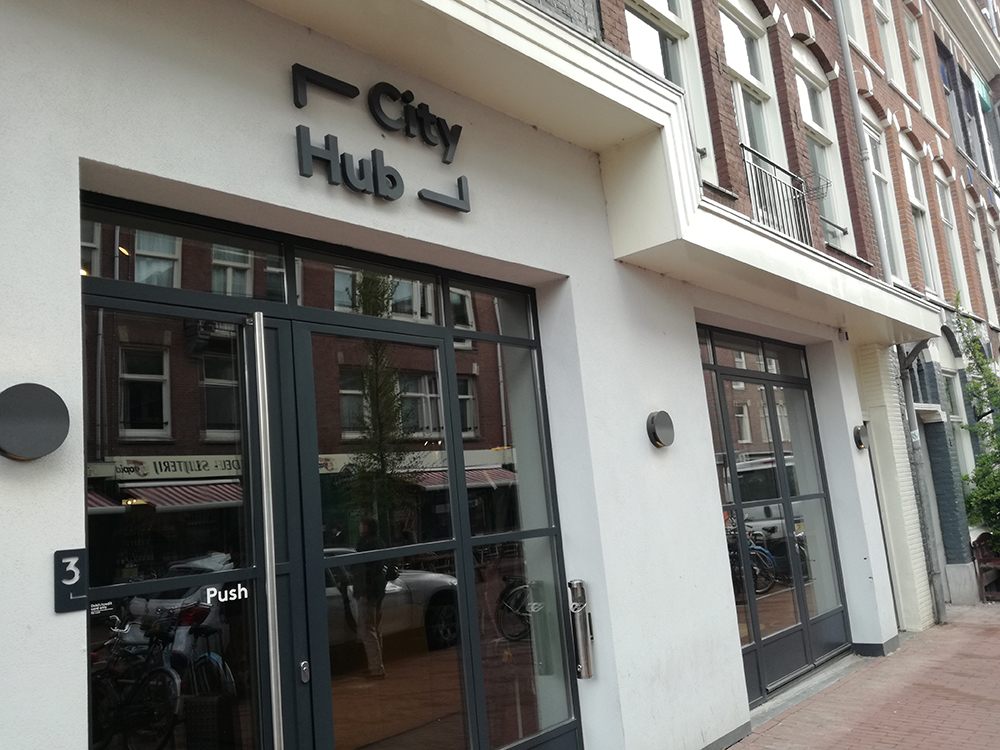 There were communal showers, but there were 7 stalls in the girls’ bathroom. The toilets were in a separate room. There were fresh towels in the shower room along with shampoo/shower gel. I loved having fresh towels as there was not really room in the pod to dry them. In the bathrooms, there was even a hair dryer and straighteners which was great as it was very cold when I went, despite it being spring.

There are 50 pods in total and they have been built in what was originally a back yard. It works very well and each pod contains 4 coat hooks and 6 hangers, along with a quilt and two pillows. The lights change color.

I felt very safe and secure at the hostel. The hostel operates a no cash policy and guests can check themselves. There are vending machines that sell snacks, water and flip flops as well as toiletries. There is also a little bar where you can purchase drinks, but they give hot chocolate away for free.

Amsterdam is relatively expensive and the pod for two cost us £93 pounds. Therefore just over £46 each per person per night. I was on a budget but didn’t want to end up in a bad part of town or have sub standard accommodation. I was impressed with City Hub. 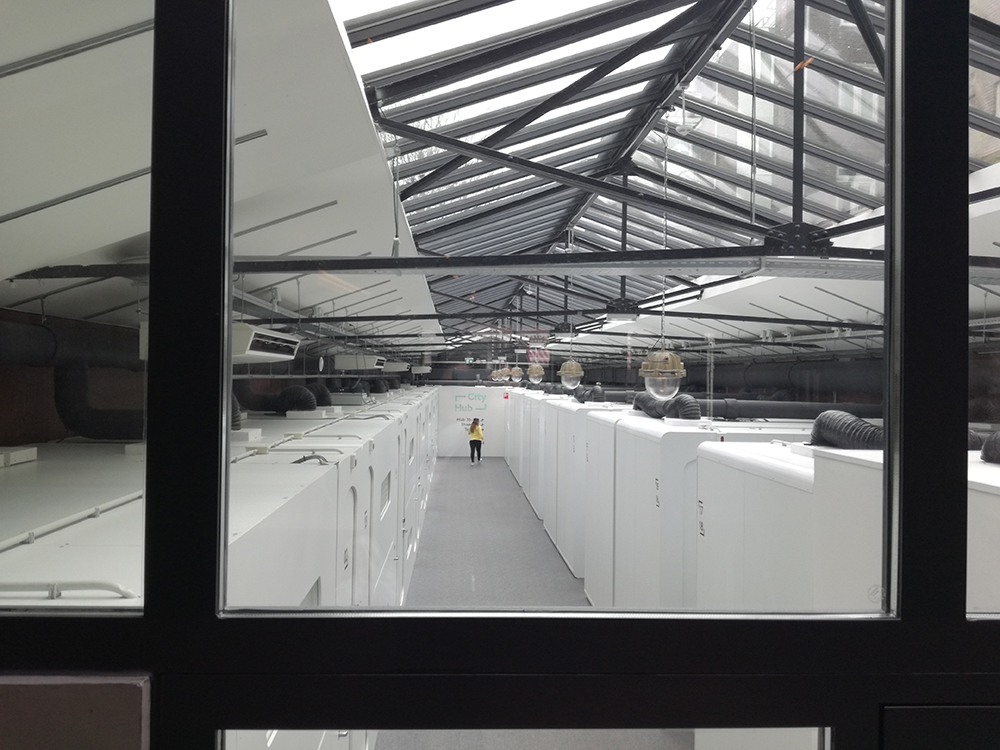 The hostel offers breakfast service for 10 Euros. I never had the breakfast and instead ate nearby at some of these places:

One morning we went to the Breakfast club. I had a healthy delicious muesli and a coffee for 9 Euros. The Breakfast club is just opposite the hostel and they even had a small outside area, although it was too cold to eat outside.

My favorite place for breakfast was Coffee Room so I went here again especially as there were many healthy options. There were many people working as there was also free wifi. But there were laptop free tables too to encourage non workers to come in and eat. 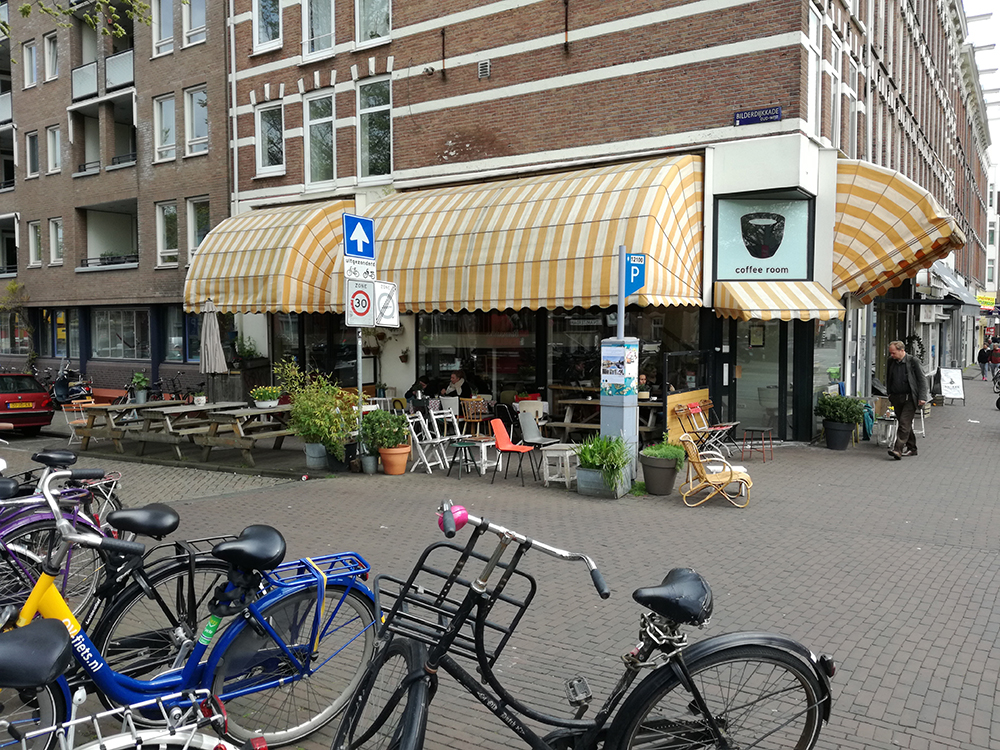 We also went to the Food Hall for lunch on our final day. There is a lot of choice, Mexican, Vietnamese, American as well as Turkish food plus desserts including cakes and icecream but it closes around with some stalls closing at 9:30pm, so get there early to avoid disappointment.

There was a great restaurant nearby called Jacketz. The prices were reasonable. A dinner for two was 20 Euros. This did not include a starter. The restaurant staff were friendly and the restaurant was cozy, just what you need in the Netherlands weather. This is the first place in mainland Europe that sells baked potatoes and it was delicious, it was so good, we went here twice in four days.