being30 New Year Resolutions for 2013

Happy New Year everyone, I hope you had a good time celebrating. 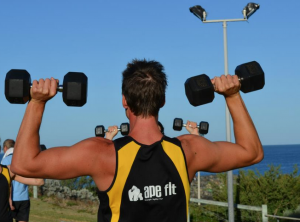 According to Australian Bureau of Statistics, one in four Australians over the age of 18 were obese in 2007 – 2008 and the rate of obesity has risen from 19% to 24% since 1995. In the UK, the situation is just as bad.  Figures from 2009 estimate that 60.8% of adults and 31.1% of children are overweight and almost a quarter of adults were classified as obese. The United States the situation is worse with two thirds of the population being overweight or obese.  It is little surprise then that many people see a new year as a new start and if they are overweight, they want to shift the pounds.

So how do you lose weight?

Everyone knows the story, the more calories you burn than you eat is the simplest way to shed the kilos.  My resolution is also to lose weight, or rather tone up.  Portion size plays a big part in gaining/losing weight.  At meal times, make sure half of the plate is full of vegetables/salad, a quarter is meat and a quarter is carbs.  If you are at a buffet or a BBQ, to avoid over eating, put a normal size portion of food on your plate and don’t go back for seconds.

For me, it is a lifestyle choice.  It is hard, nearly impossible to go out drinking every night and be ready for a workout the next morning. Therefore I have given up drinking and will only have alcohol once or twice a month at most while I am on on my get fit plan. I only had 2 drinking nights between 1st of October and mid December and I also went out several other times but I just did not have any alcohol. The result:  I lost 2kgs while at the same time I had decreased the number of times I worked out.

I have also begun some great training sessions in Perth, Australia.  Adam runs his own personal training business Apefit and offers group training sessions and one on ones.  I have been part of the group sessions where we work out right on the beach.  A great setting and what a fantastic way to start the day.  There are also tips of the day on the Apefit Facebook page on what to avoid eating.  Not everyone can train on the beach, but there are many other group exercise programs out there. I went to British Military Fitness (BMF)  which is run by ex military.  I really toned up and lost weight and it was also a great way to meet new friends.  BMF takes place in parks all round England. If you want to see a difference to your fitness levels and a smaller waistline, it is best to go to at least three intense work out sessions a week.

Many people start the new year with a lot of enthusiasm and dedication but towards the end of the month, they have stopped training and have fallen back into their old ways.  It is really hard to become fit.  I am not naturally a skinny person, but the worst thing to do is give up. You will become more depressed about your weight, do nothing about it and then gain more. So give yourself a challenge.  Start your new healthy lifestyle today, balanced meals with plenty of exercise for at least 6 weeks and you will see results.

Some people have a natural tendency to gain weight or lose weight more easily than others. A big part of changing your weight is to realise and understand which category you fall in. Remember muscle weighs more than fat so focus on the changes in inches/cms around your waist, hips and thighs which you should monitor every week.

6 Tips on Living on a Budget in Sydney

Check Out The Bars by The Beach in Perth