Paris is only 2.5 hours by train from London, it is a great place to visit for a weekend.  I recently spent 5 days here with a friend who was living in Paris so it was quite a long weekend, but you can see a lot of Paris in 2 days.  Here are some of the places I recommend visiting next time you head over to the “City of Lights”. 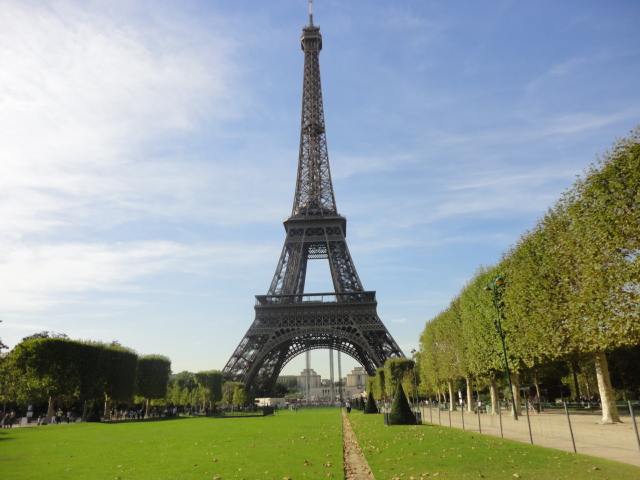 The 18th arrondissement was seen as a bit seedy and a bit “dodgy”.  Located in the north of Paris close to the Boulevard Peripherque, there were some shady areas.  Now as house prices have become more expensive, like most major cities round the world, the area is becoming trendy and it is now very popular. There are many places to visit in the 18th, my favourite are:

For those who may have missed it, this is the big white church that sits on top of Montmartre that over looks Paris.  The Basilica is open every day from 6:00am to 10:30pm.  It is really beautiful inside, but I really like the view from outside.  You can see for miles especially on a clear day. Around Sacre Coeur are many bars and restaurants. There are also many artists wanting to take draw your portrait, some are better than others. 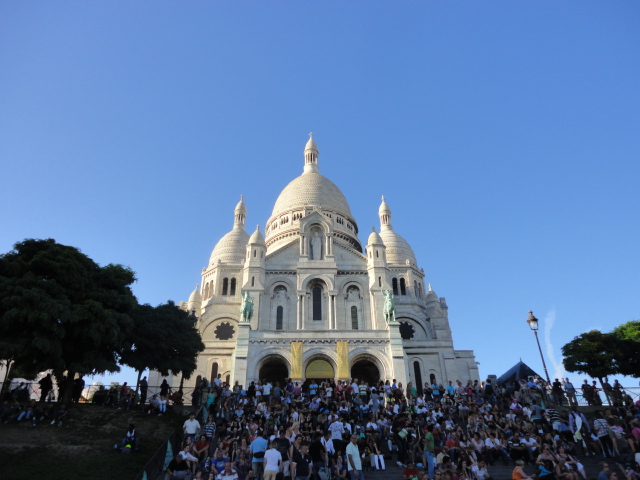 This was the café where Amelie Poulin was filmed. Once inside it looks very similar to the film, except “le tabac” area has been removed.  Creme brûlée (which is Amelie Poulin’s favorite dessert) is served on the menu along with a large selection of Happy Hour drinks. 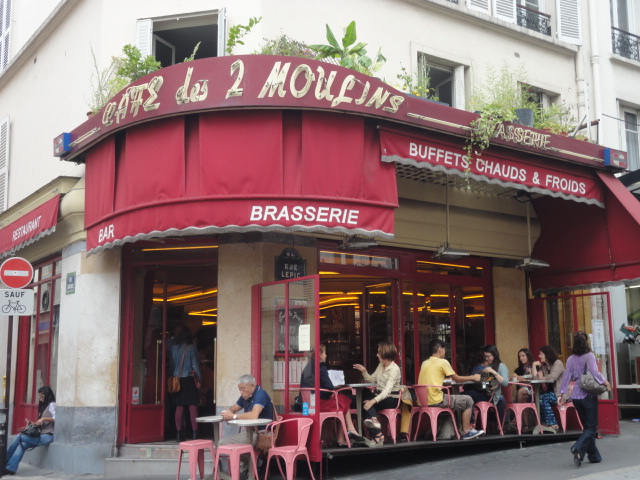 We also went to Le Jardin D’en Face just a few streets away, which was a nice restaurant.  It gets really busy so it is best to book well in advance.  It is a typical French restaurant with different plats du jour throughout the week.  The waiter is also very friendly and on a warm summer’s evening, there is a little outside area for dining. 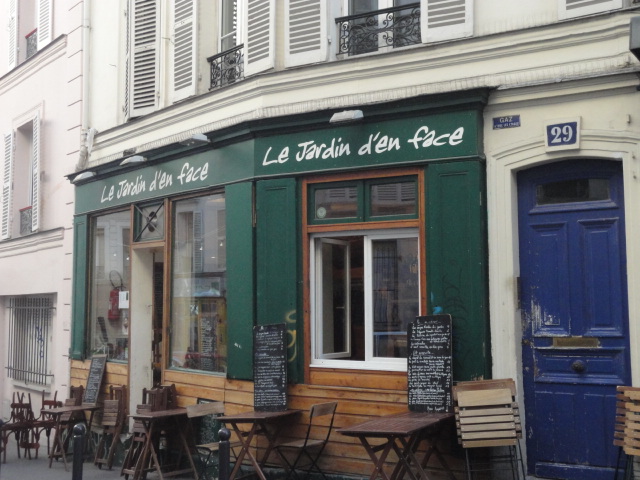 The Best View of Paris

Montmartre has one of the best views of Paris and the best part is that it is free ! Get off the metro at Anvers and walk up to Sacre Coeur. On a clear day you can see the Eiffel Tower and the Montparnasse building in south Paris. 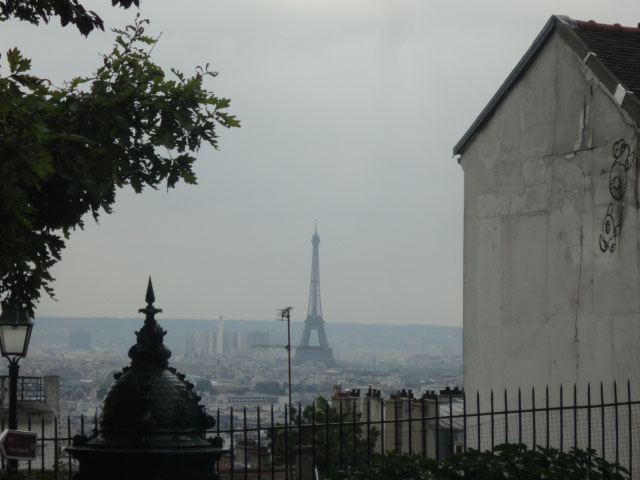 Next to Sacre Coeur are a few streets with restaurants, cafes and tourist shops.  There is even a little train to get you around Montmartre as you can see below. The train is not free, but it is fun way to see the area if you are unable to walk around the area.  Montmatre is one of my favorite areas of Paris, make sure you give yourself an afternoon wondering around the area, having a french coffee or meal in the quartier. 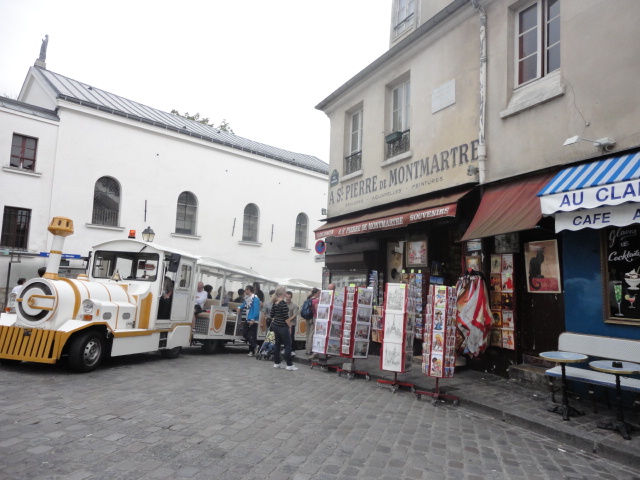 I really enjoyed my time in Paris.  48 hours in the city is too short.  If you book at least 3 months in advance, you can get some of the cheaper Eurostar tickets, from £34.50 each way.  It may mean getting up ridiculously early or getting back really late, but there is no such thing as a free lunch!!

Paris for the weekend – Bastille Day

Top 5 Things to do in Paris