For those that know me, they are aware of my love for Nando’s.  Therefore I decided to dedicate this post to my favourite chicken restaurant.

The love affair began in 2003 when I started work at the Nando’s in Epsom. They were one of the best companies I have worked for while a student and post graduate. 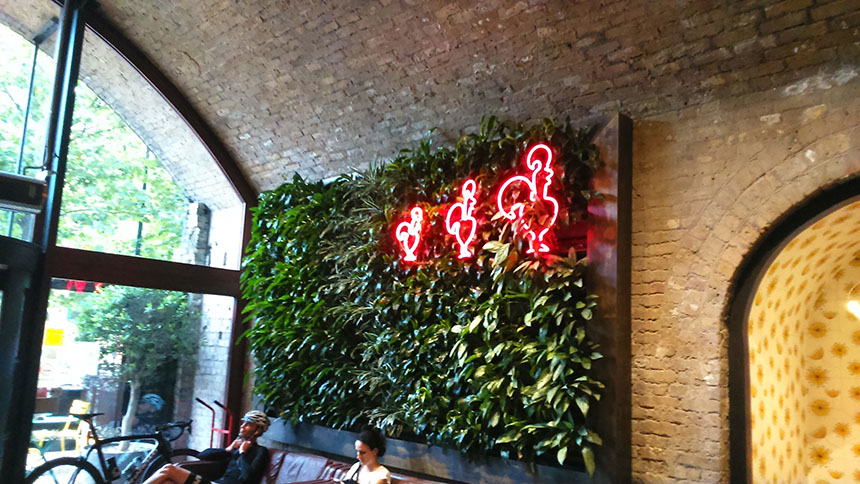 Nando’s history begins in 1987 when Robert Brozin and Fernando (Nando) Duarte went to Chickenland in Johannesburg. They loved the flame grilled chicken (who wouldn’t?) and they bought the restaurant, renaming it to Nando’s. Three years later they had 3 Nando’s in Johannesburg and one in Portugal.

They opened their first restaurants in the UK in 1992 in Ealing and Earl’s Court. They thought the business would run as it did in South Africa and Portugal but the restaurant  was struggling. If Robert Enthoven, the son of the chairman, had not stepped in, millions of people would not have known Nando’s. 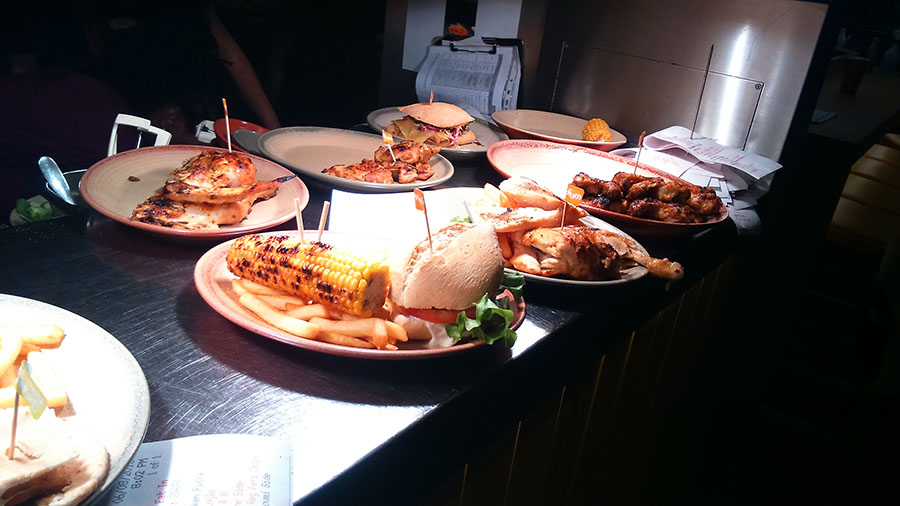 The takeaway model which had worked in South Africa was struggling in the UK. Robert introduced the “mixed service” model. This is where people would go to the till to order their food and the food would be served to their tables. Under this model, customers collected their own cutlery, sauces and napkins. This helped to turn the company round to what it is today. Due to the Nando’s limited marketing budget, they had to be creative to grab people’s attention. There have been some great marketing campaigns. I almost took a job in their marketing department because of it. 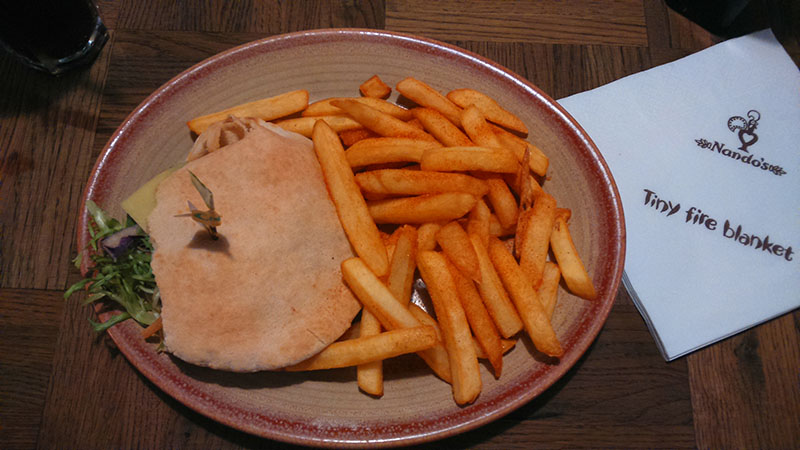 The menu of Nando’s is simple, as in the concept, to provide fast but healthy food to all. Of course if you add up all the calories for a whole chicken and chips, it is not good for any diet long term, but one offs (or once a week) is ok. Since Nando’s opened in the UK, the menu has been extended. The prices have increased but there is a rewards card for those who visit the restaurant and they are given a free half chicken after collecting a certain number of points. I like this way of rewarding loyal customers, I also like the refillable soft drinks, something which was hardly seen in the UK before Nando’s but was very common in the United States. 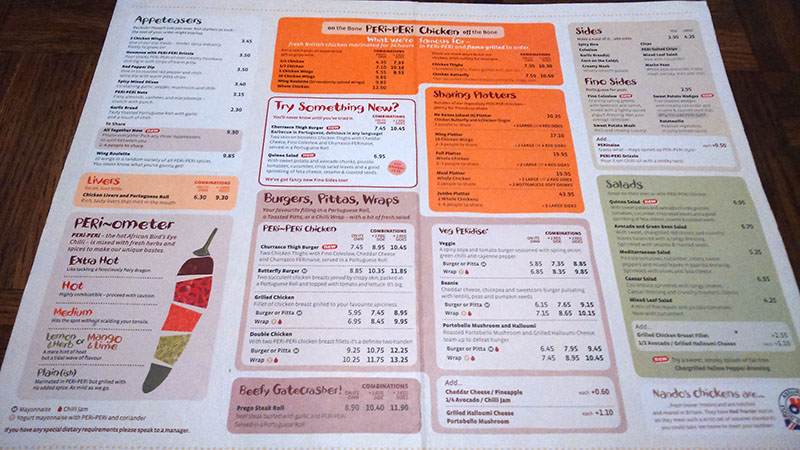 Nando’s has grown since it first hit British soil back in 1992 and it has restaurants in more than 30 countries including the US of A.  It is also available in some airports such as Gatwick South Terminal.  Many short haul flights are from Gatwick so you can treat yourself to a Nando’s before your holiday. What better way to start the vacation?

Do you love Nando’s? Which ones have you been to?  I cannot boast about the ones I have been to before as I know those on Rate Your Nando’s have been to far more than I have visited:

Yes, I just said Rate Your Nando’s. I cannot believe, I found someone who loves Nando’s more than I. Marc and James set up RateYourNando’s in 2009 and they are celebrating their 6th anniversary on Wednesday, August 6th at Nando’s Vauxhall. It is a shame I won’t be in the country then as I would love to attend. Below is the outside of the Nando’s Vauxhall, built under the railway arches – good use of space. I came this Nando’s and service was quick, staff polite and food hot ! 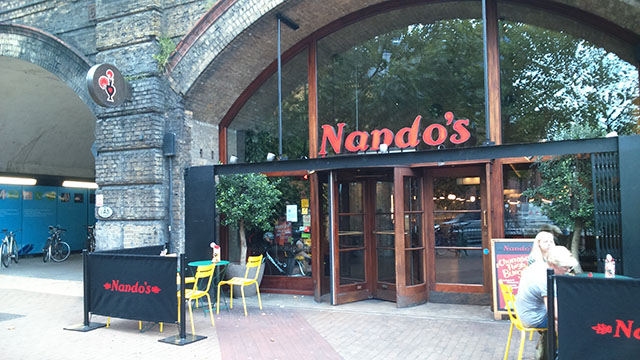 So when are you next visiting Nando’s? I really liked this one in Vauxhall, but the biggest one is in Stratford, Westfield. Up to 260 Nando lovers can enjoy their peri peri chicken in one time. 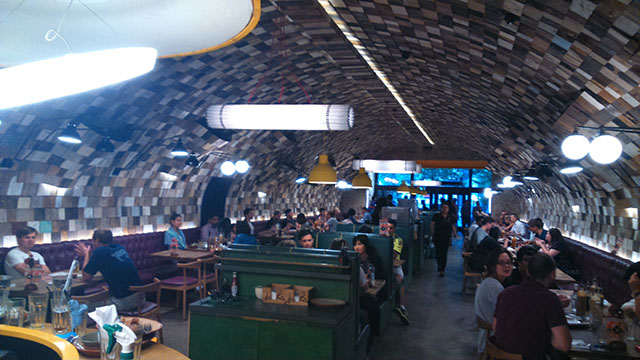 Why Does Everyone Love Rotto?

Flying into London – Which Airport To Choose?