being30 Cochabamba, Bolivia, Places to See and Where to Eat

Cochabamba, Bolivia, Places to See and Where to Eat

Cochabamaba is the fourth largest city in Bolivia and has a population of just under 700,000 people. The name of the city comes from Quecha with the word qucha meaning lake and the name “pampa” means open plain. Bolivia was inhabited by Spain until 1825. The city is more than 2,500 meters above sea level. 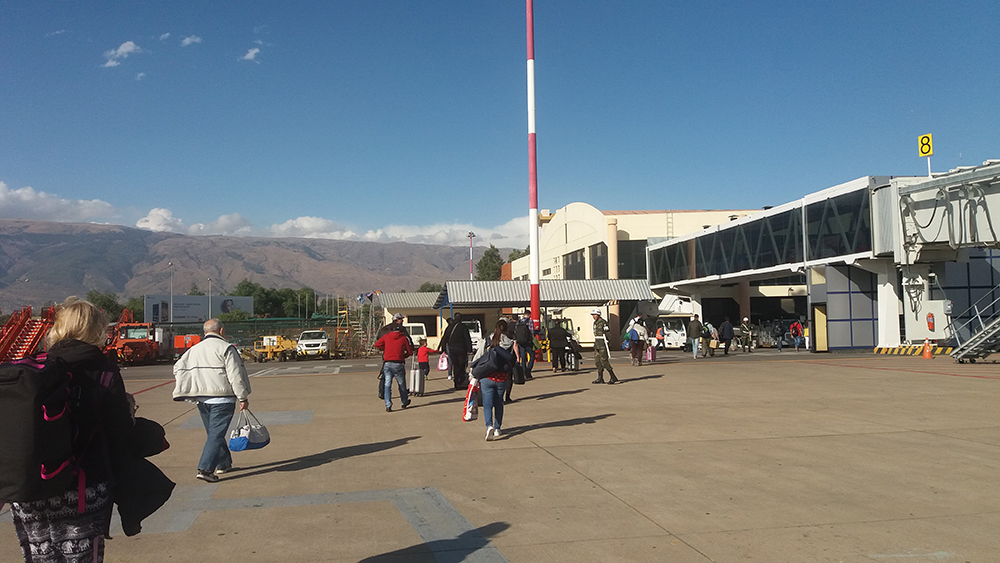 Cochabamba is known as Bolivia’s food capital. The residents here certainly know how to eat. It is also known as one of the best places in Bolivia to go out and partaaay. There are many attractions to visit in the city, including the following:

This is the main market in Cochabamba. I would avoid carrying too much cash here. It is a very very busy place. Good place to buy souvenirs.It is one of the biggest and most popular markets in South America. It is located in the center of the city, near to the bus terminal. It is the biggest market in Bolivia.

La Cancha covers many blocks and sells everything from fruit and vegetables, meat, as well as electrical goods and white goods such as fridges and washing machines. It can be easy to get lost within La Cancha as it goes for several blocks. The market has four big areas, Mercado Fidel Aranibar, where they sell cakes, clothes, toys. Mercado San Antonio is where there are musical instruments and souvenirs and Mercado La Pampa where there is fruits and vegatables and also clothes typical from Bolivia. Mercado la Paz sells clothes and domestic appliances as well as white goods. 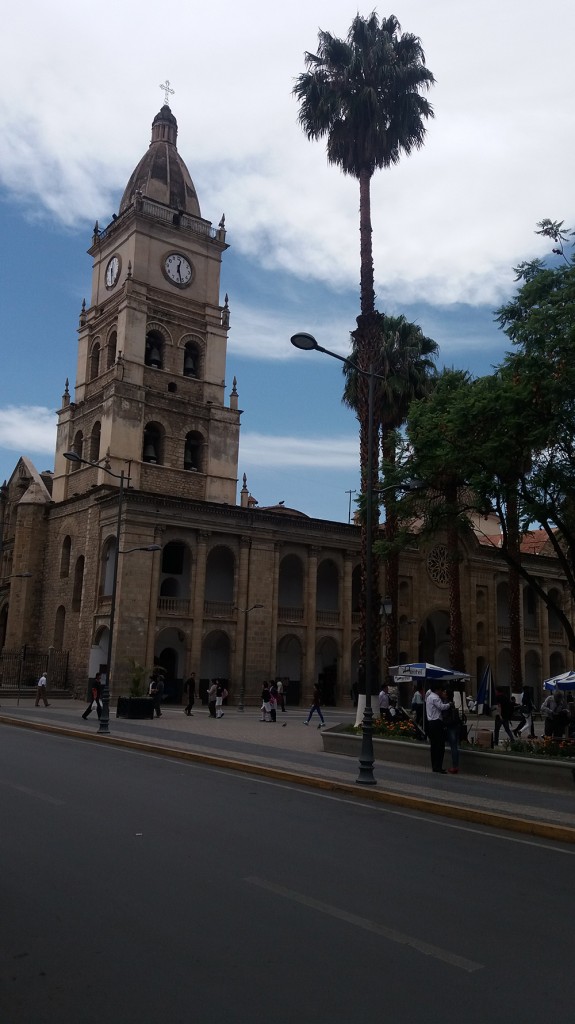 We went here with my boyfriend’s family. This is a really big Jesus Christ statue, bigger than the one in Rio. We took the cable car to the base. You could walk but it was around 8 Bolivianos to go up to the top. There are 360 views of the city. 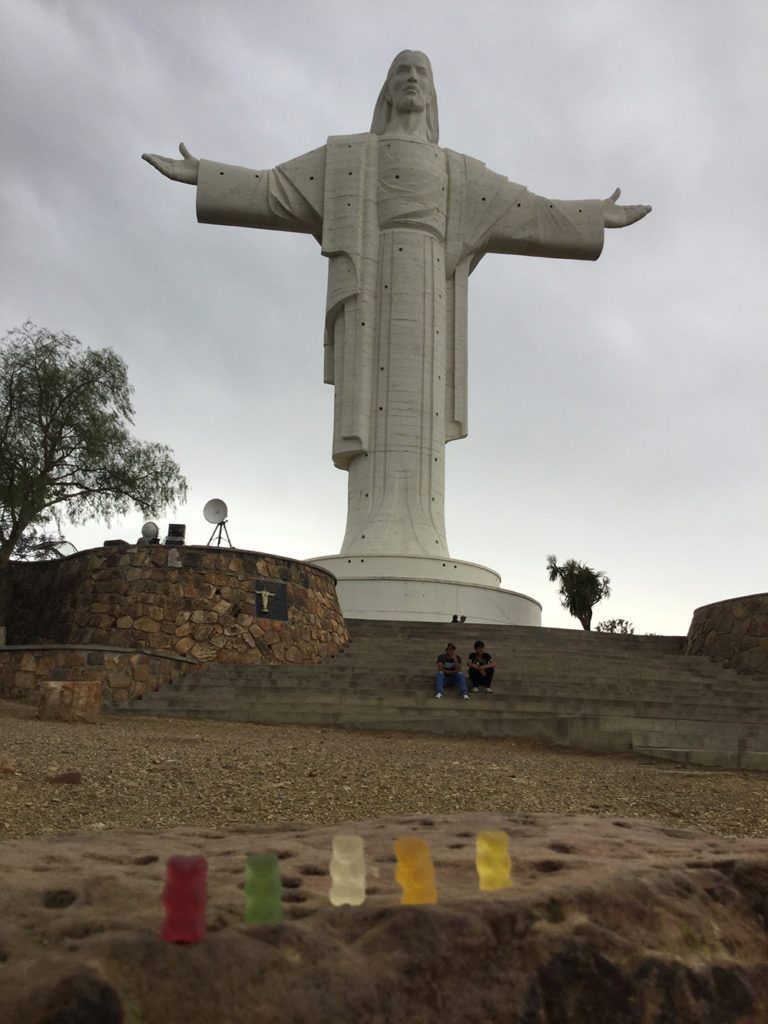 This is a big square in Cochabamba with the Cathedral on one side, the Government building on the other, as well as private businesses.  It reminds me of a plaza in Seville, with its white buildings and spacious plaza. This square was important in 1574 as it was was the scene of the second foundation of Cochabamba. The 14th of September is the data of Cochambamba independence and in the square there is the Fountain of the Three Graces. There are 3 female figures, each one from the Goddesses of Greek mythology. Eufronsina is the Goddess of joy, Talia is the Goddess of theater and festivities and Aglae is the Goddess of beauty and splendor. Also within the plaza is the Heroe Column, erected in 1851 to the patriots of the Revolution.

On one side of the plaza, is the cathedral which was orignally built in 1571. Inside there are different ceiling paintings and many different saints and the Inmaculada which is the Virgin of the Immaculate Conception. In 1618, the decision was made to build a bigger church to accommodate the growing population of the city. The cathedral was then rebuilt between 1701 and construction was finished in 1735.

This is located in the northwest of Cochabamba and was the same location of the zoon. It is open every day except Monday from 3pm until 10pm. The entry cost is around 10 Bolivianos. Every day there is a light and water show with the 5 “Waters Danzantes”, that is synchronized with music. 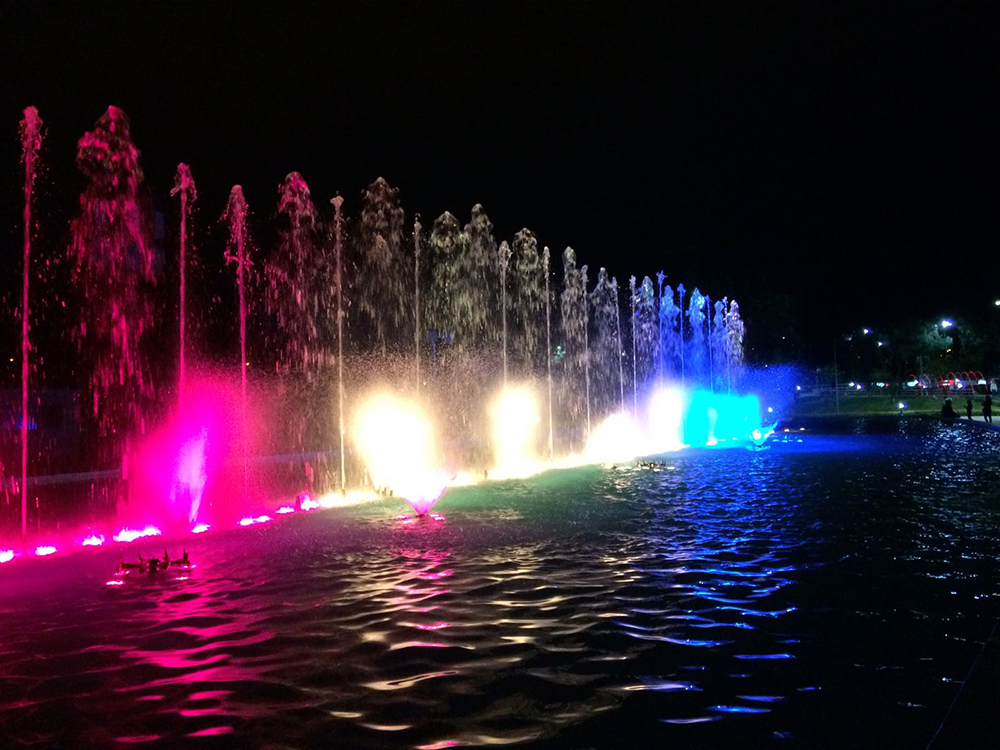 We went to the Casablanca pub located in the center of the city, it is on 25 de Mayo street. This is between Calle Ecuadro and Venezuela. It was a friendly pub, serving a variety of dishes including delicious nachos. The service is quick and the prices are very reasonable.

Restaurant Las Americas, they serve typical food from Bolivia. I could not find a website but they do have a Facebook page here.

Another typical place, but we did not yet visit is La Casa de Campo in the north of the city. It has some great reviews on Trip Advisor and there are a variety of different dishes from Bolivia.

This is very near Casablanca, nice square in the central of Cochambama. Looking at the square reminds me of Seville.

Lake Titicaca, The Highest Lake in the World

Should I Study Spanish In Madrid?