being30 Gummi Bears on Tour Around the World

Gummi Bears on Tour Around the World

Back in 2012 I wanted to see more of Europe and therefore bought myself a 30 day rail pass to visit as many countries as could. I had just bought a new camera and wanted to practice up close and distant shots, so I wanted to have the same object to take photos of where ever I went.

And what did I choose? Haribo Gummi Bears.

Every since I was a kid, I loved gummi bears (watching the TV show and also eating them), so when I was travelling, I decided to buy myself a packet. I also wanted to practice different types of shots.  I thought it would be cool to have the gummi bears represent my family.

My Dad is as white as a polar bear so he is the white gummi bear. My brother in law was in the army so he is green. My mom loves red and my sister and I are the orange and yellow ones.

The start of my trip, in Berlin, Germany. You can just about make out Aleksander Platz in the background. 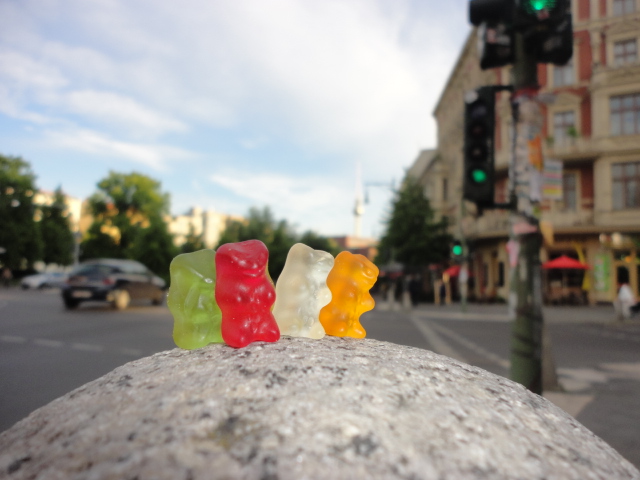 Bears in front of the Prague castle 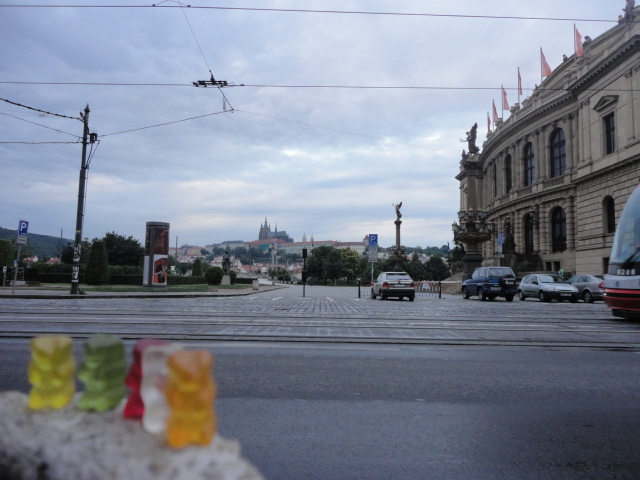 Next stop was a trip to Budapest. Here they all are, in front of the river Danube. 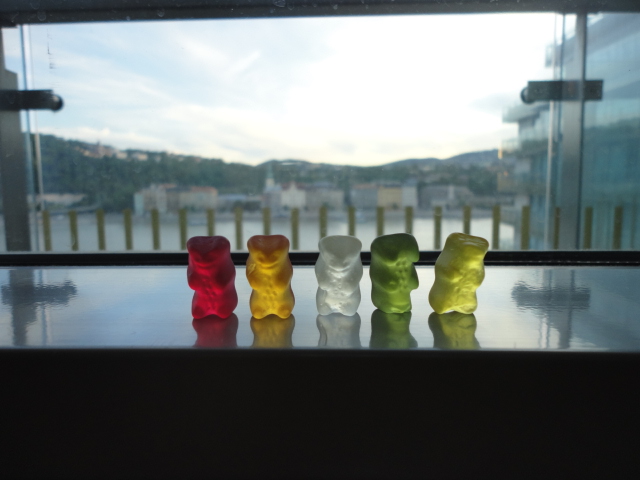 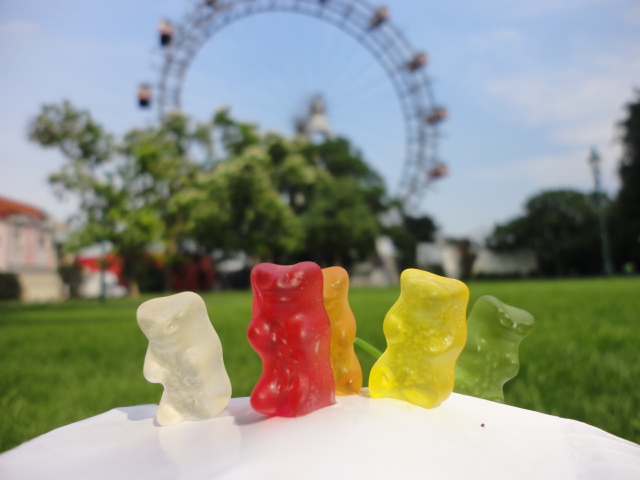 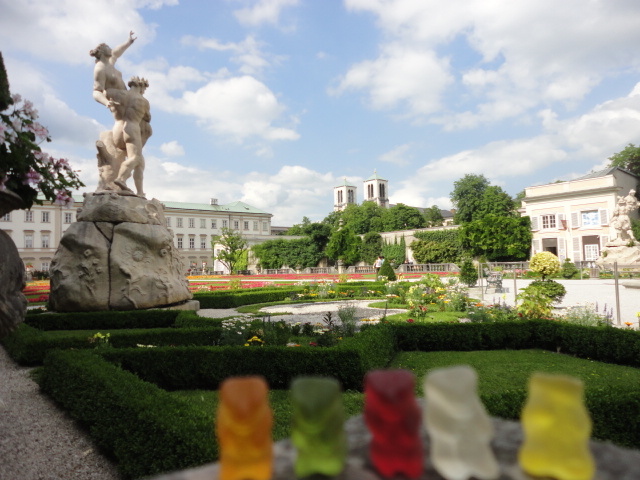 After Austria, I made my way to Italy.

First stop was Verona where one of the bears went to visit the Colosseum. 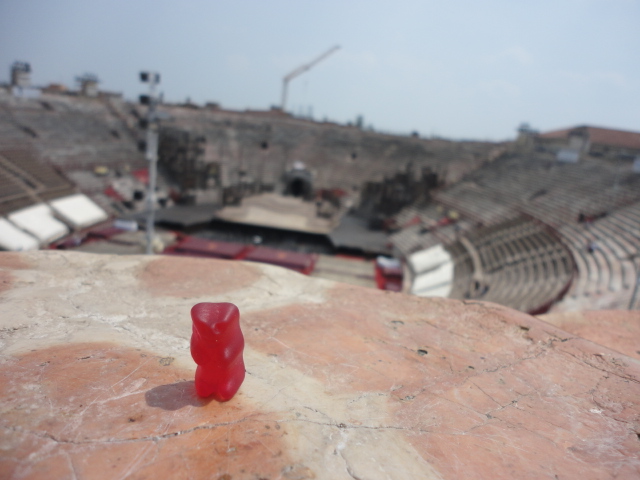 From Verona I took a day trip to Venice. As you can see one of the bears have collapsed due to the heat. 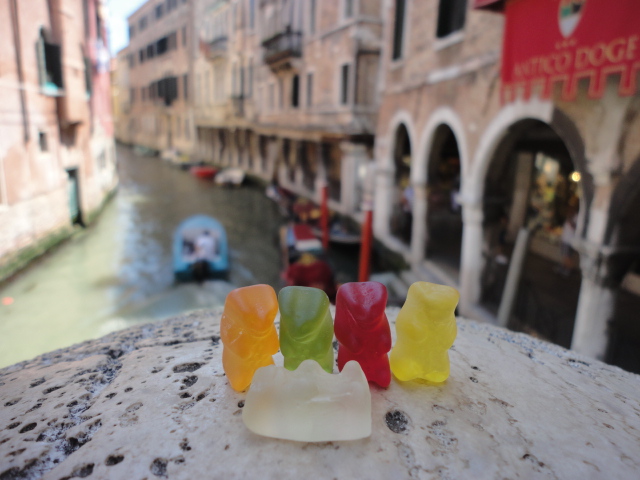 The bears also did a spot of sightseeing in St Mark’s Square. 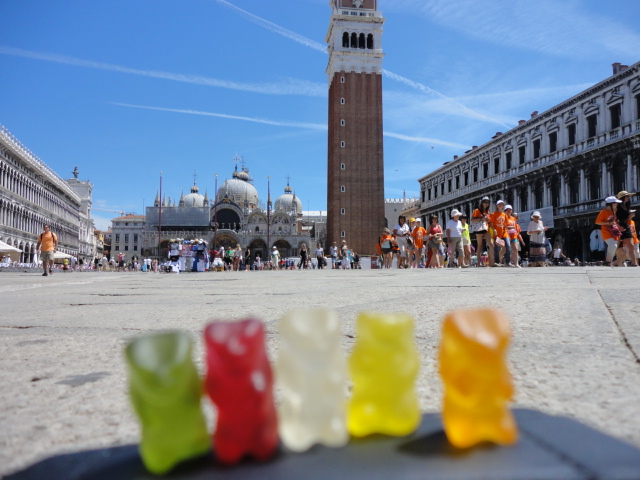 The next stop was Florence and here they are on the river Arno. 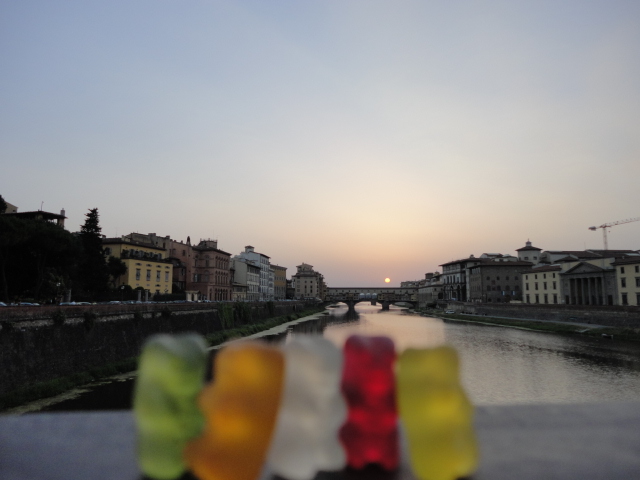 The bears took a stop in Pisa but it was only the red bear that wanted to be in a photo. The others went for pizza. Can you spot the bear? 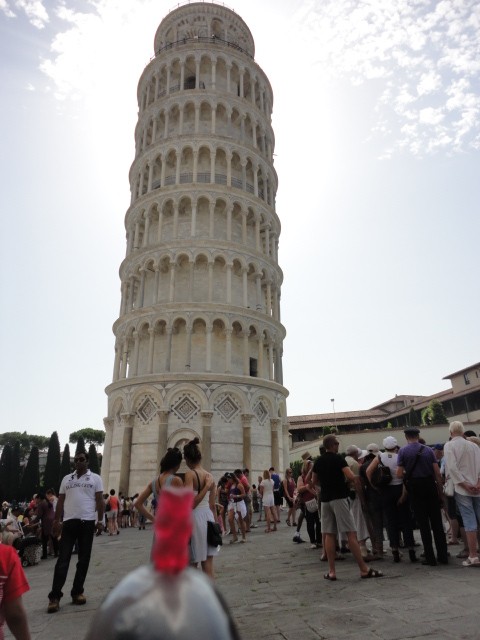 The bears even went to Paris. 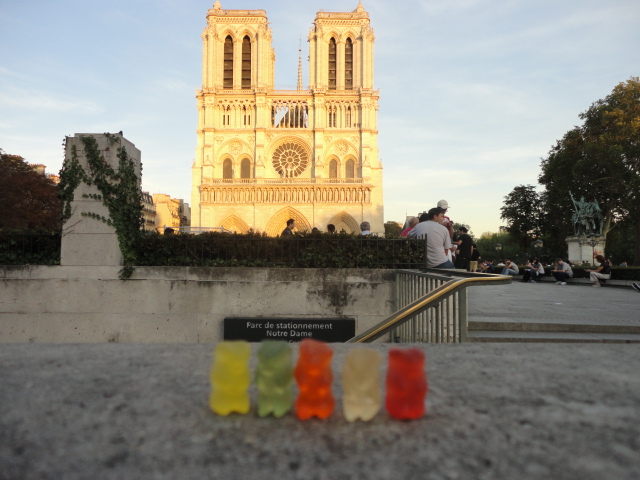 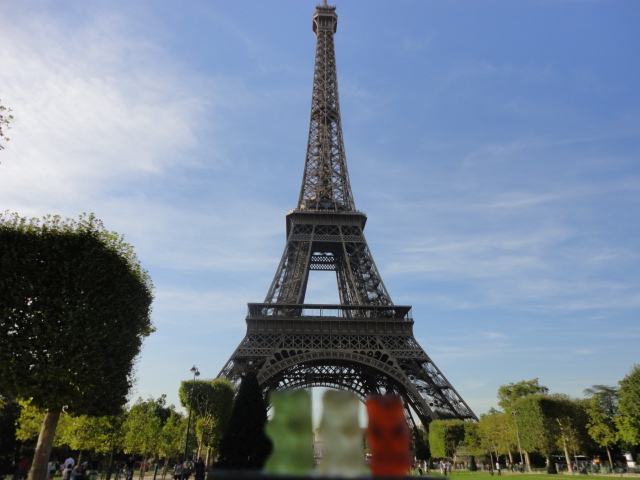 But there were too many people, so they went to the south of France. 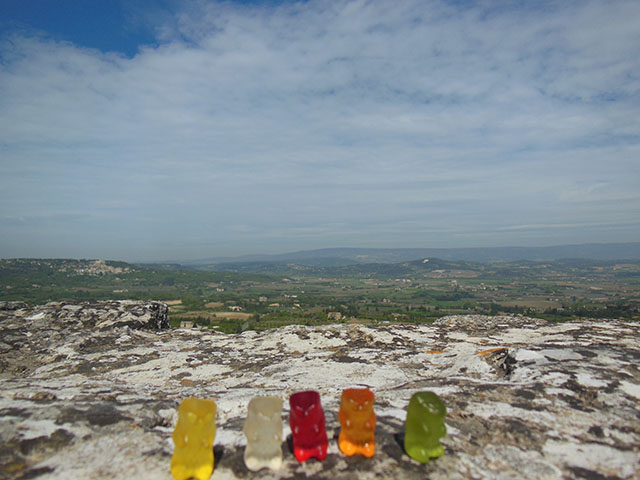 They even chilled in Ibiza. 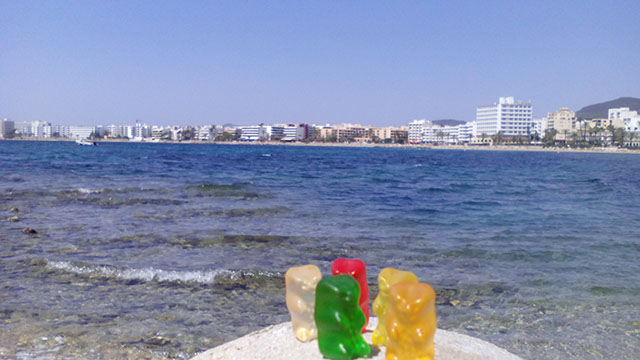 Then the bears came back to London, before moving on to their next city. 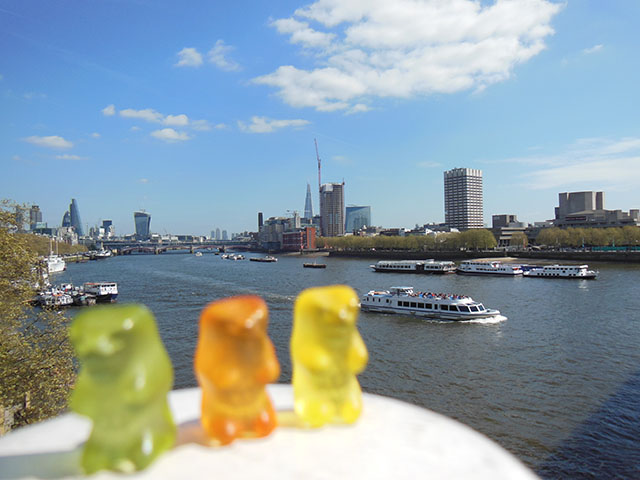 They spent a lot of time exploring NYC and went to Brooklyn. 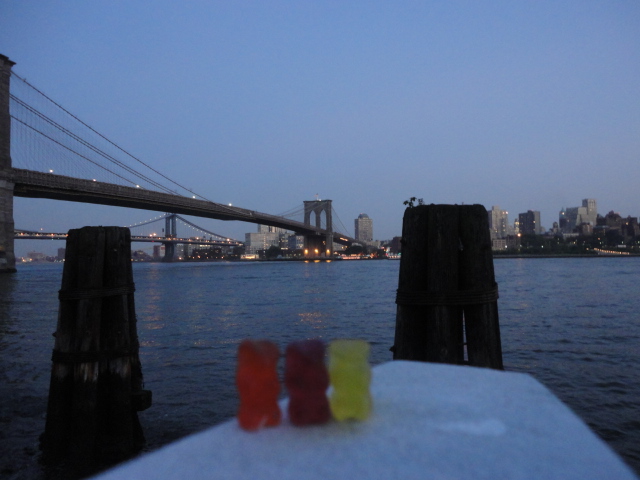 And of course Times Square. 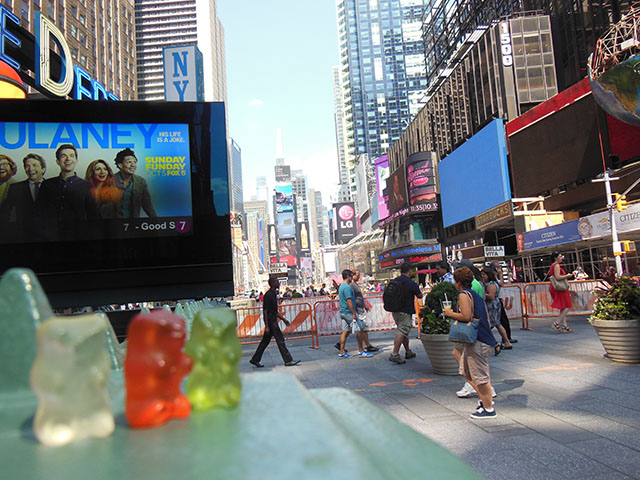 They then decided to visit the nation’s capital and went to Washington D.C. 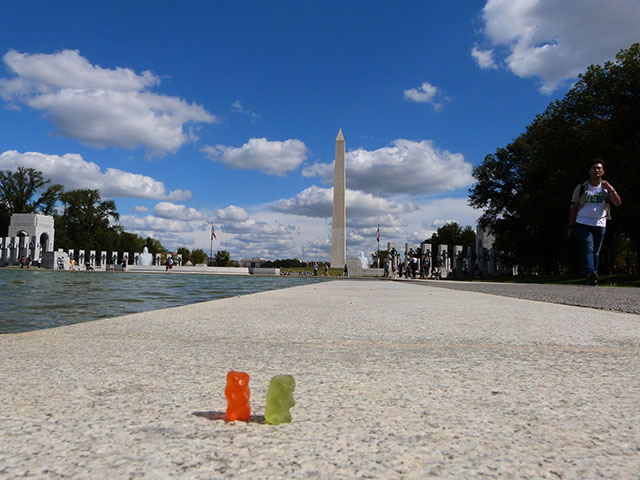 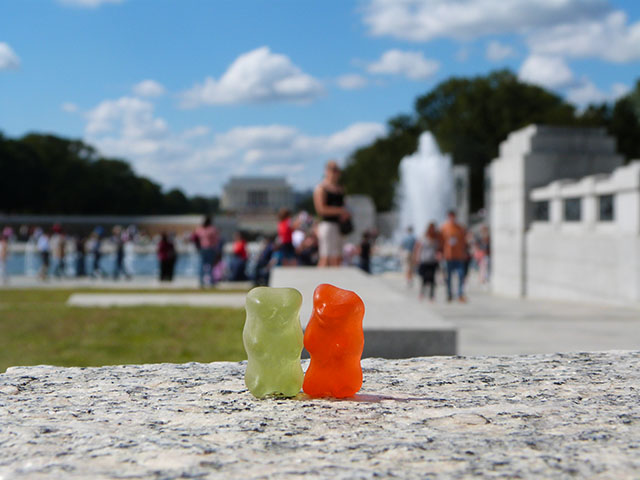 They had a great time travelling around the world and they even went to Australia. Here they are on the beach in Perth. 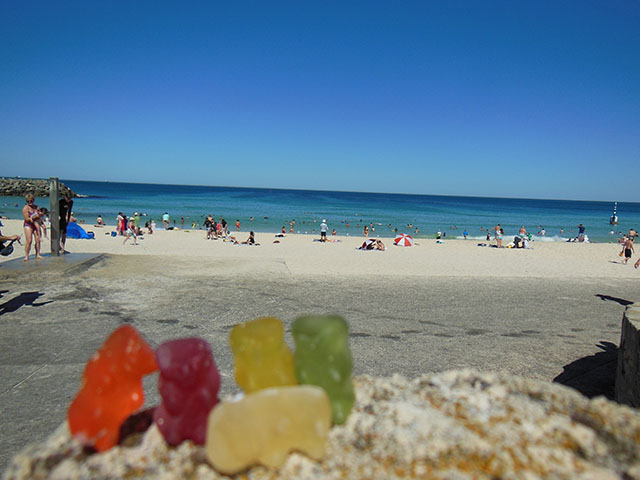 They will be going on more adventures soon including Barcelona, Sydney and Melbourne.  Stay tuned ! 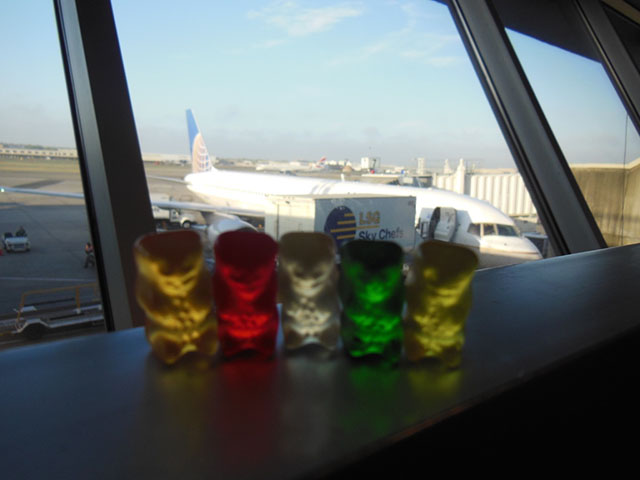 Bears on Tour Round Europe

The Most Romantic City in The World For Valentine’s Day

2 Replies to “Gummi Bears on Tour Around the World”