being30 Washington D.C. – Where to Stay and Places to Visit

Washington D.C. – Where to Stay and Places to Visit

I stayed in Washington D.C. in May over my birthday weekend.  It was the first time my boyfriend had been to the US and I wanted to make sure we were in a central location.

We stayed at the Architect Hotel 1025, 15th street. It was within 5 – 7 minute walk of the White House and 15 – 20 minute walk. The hotel was in a great location and it was a comfortable size room, even though we did not have a view outside of our window. It cost $164.24 including tax for the Queen room. If there are two of you staying, this works out as $82.14 per person per night. There was no breakfast included, but towels were changed every day and the room cleaned too. 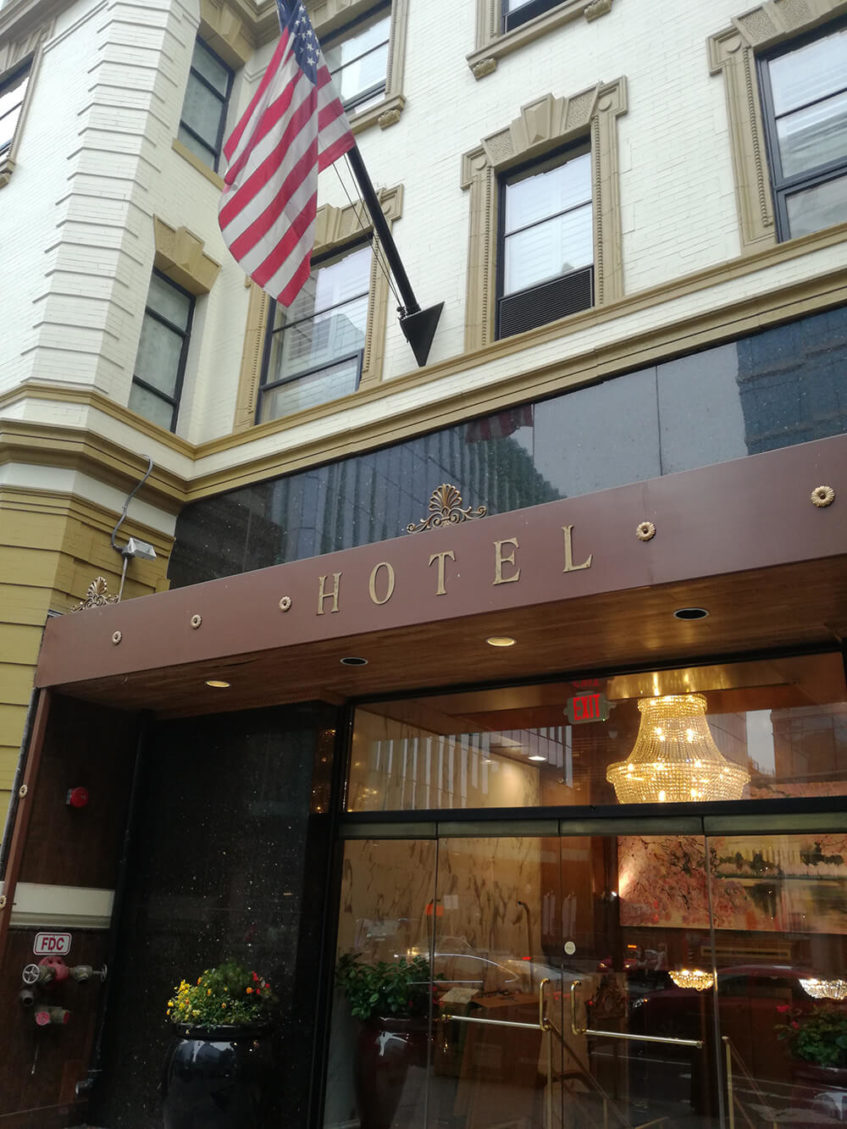 I love downtown DC, from the hotel we were able to run to the monuments and see all of them on the job. My boyfriend did not appreciate doing exercise on holiday but it was a great way to see all the monuments in one go.

The White House has an extra wall in front of it and you cannot get as close as you used to. It is still a place to visit from the outside and from there you can start walking down the Mall and seeing all the monuments. My favorite is the reflecting pool in front of the Lincoln memorial. It was also the place where Martin Luther King gave his famous “I have a dream” speech. 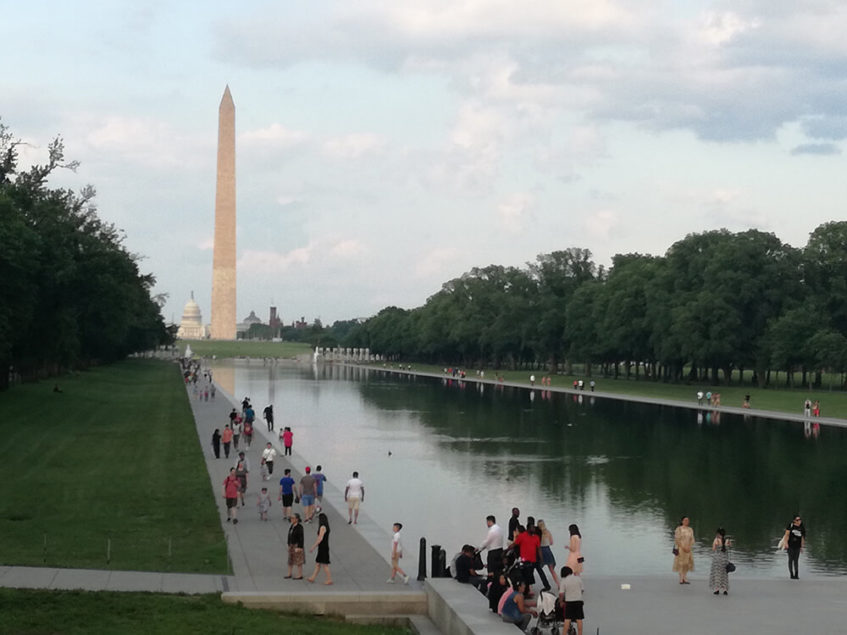 This time when I was in DC, I went to U Street. Take the metro. I went to Ben’s Chilli bowl. Take the Green or Yellow line north of downtown to U Street metro. I went to Ben’s Chilli Bowl, founded in 1958, by Ben and Virginia who converted Washington DC’s first silent movie theater. The restaurant is one of the only businesses to have survived the 1968 riots as well as the construction of the Green Line metro that opened in 1991. In the past, U Street was known as Black Broadway and was nearly destroyed in the riots of 1968. Following the economic decline of the area of the 1970s and 80s, the area became known for drug addicts.  The business now has 2 other Ben’s Chilli Bowls and is run by the founders’ two sons. 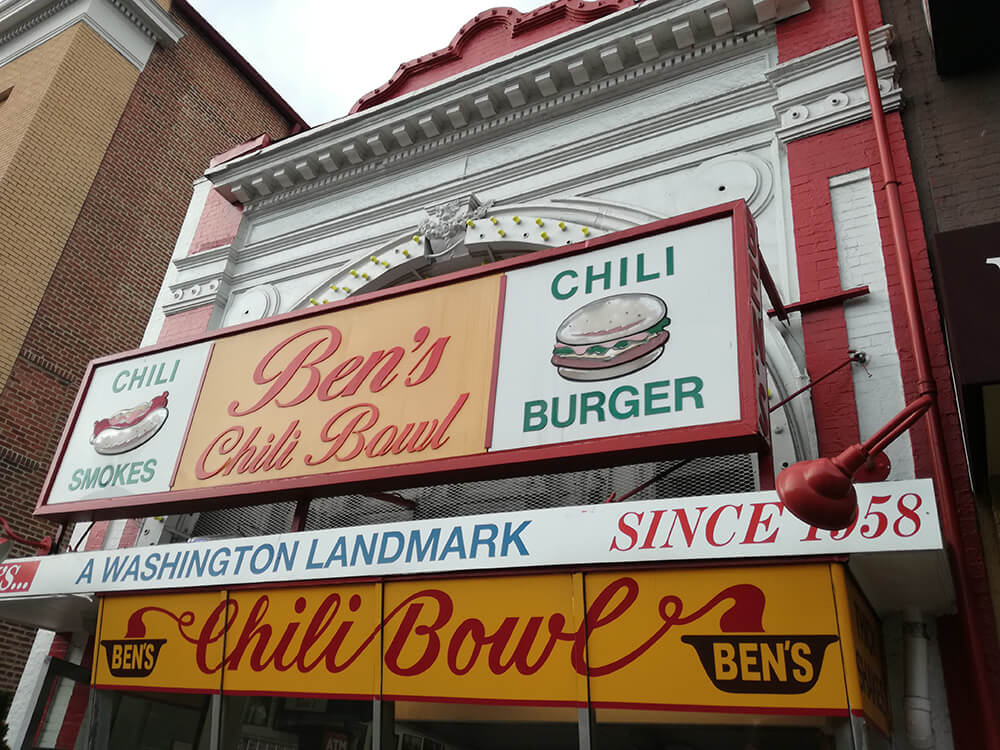 U Street has a lot of great bars and wide selection of restaurants and take aways. My boyfriend and I love southern fried chicken and we also went to Oohhs Aahhs’ place. We ordered food to go, but there is also an upstairs to sit and have a meal. It is in need of a little TLC with regards to the decoration but the food is delicious.

I recommended in my previous post about DC of visiting the Lincoln Memorial. I would always visit this place and read the writing on the wall. Lincoln’s two most famous speeches are inscribed on the north and south walls. They Gettysburg Address on November 19, 1863 and the Second Inaugural Address which was delivered on March 4, 1865, one month before the conclusion of the Civil War. 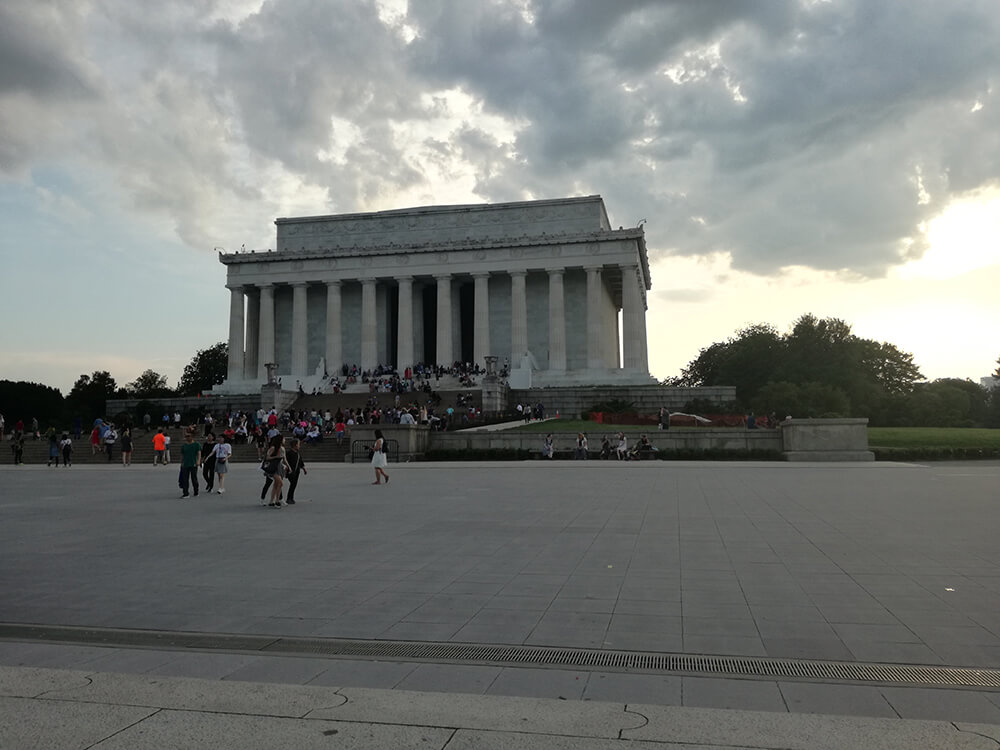 Walking behind the memorial and along the river north west is a new development, Washington Harbour. It is a 20 minutes walk and just below George town. We stopped here for a drink and many people were celebrating their Uni/college graduation that weekend. Nice place to have a celebration dinner.

Washington DC mixes old with new and is a great city to visit most of the year. I would avoid winter as it can get very cold and snow. A beautiful time to visit is during the cherry blossom season, which is late March or early April. There are direct flights from London and capital cities in Europe. We went to DC from Barcelona via Frankfurt with United Airlines.