I went to Winter Wonderland in Hyde Park last week and it was fantastic.  This is definitely a place I recommend you visit during the Christmas break. It is open every day (except Christmas Day) from 10am until 10pm. 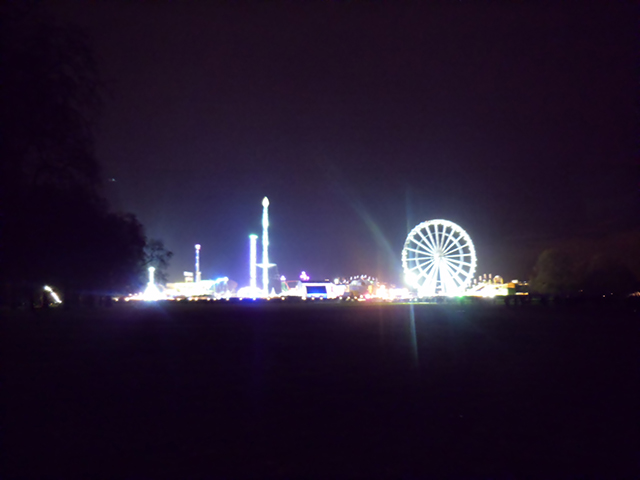 There are lots of new attractions since I last came here in 2012. One of the newest additions was the Fire Pit. These were dotted around the “Wonderland”. People could buy marshmallows at a nearby bar hut  and roast them over the fire.  What a great idea !  There was also a 70s themed band playing near the fire and they pumped out some well known classics. 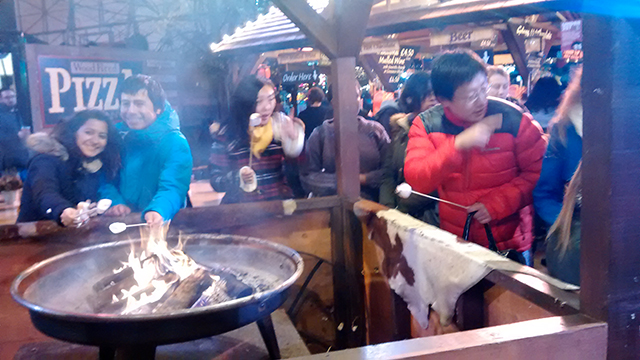 I have always wanted to go to Germany and see the Bavarian markets.  I feel I got a taster of them when I came to Hyde Park.  There is a Bavarian village which sells a variety bratwurst, beer and more bands playing too.  The bratwursts range from around £5.00 to £7.00.

The Bavarian Great Hall looked like a scene from Ocktoberfest. There were food stalls, plenty of beer stalls and loads of tables to sit down at. When I went there was live music and the party stays on until 10pm.  It may seem like finishes early, but Oxford Street with all the clubs are very close by. 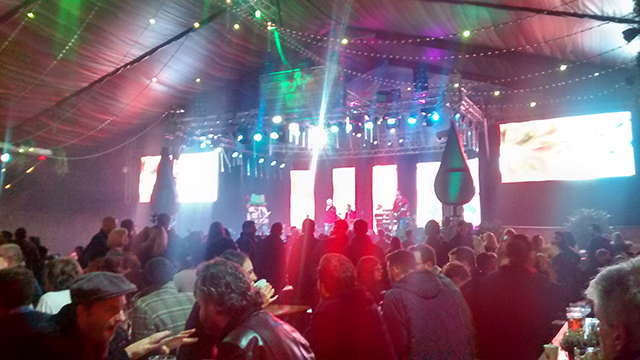 Winter Wonderland is also home to a mini fair ground. There is a haunted house, a massive 180 degree spinning ride, as well as a type of flying carpet and a mini roller coaster. For those that prefer to have both feet on the ground, there are games to play with lots of stuffed animal prizes to be won. 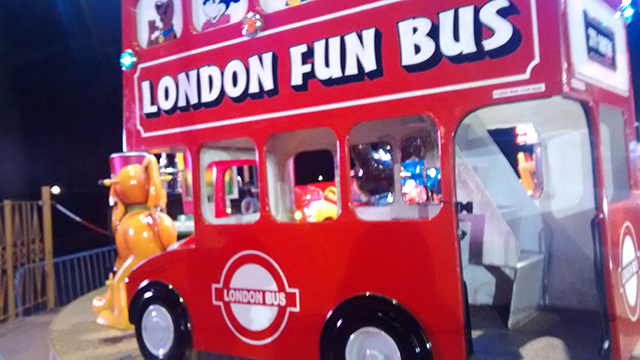 It is free to enter Winter Wonderland, but you will need to book in advance if you want to go ice skating, go to the Magical Kingdom, the Zippos Circus, go on the Giant Wheel or visit Bar Ice.  Ice skating is fun, but it can be expensive, £10.50 an hour for off peak and £14.50 for on peak plus a £3.00 booking fee. 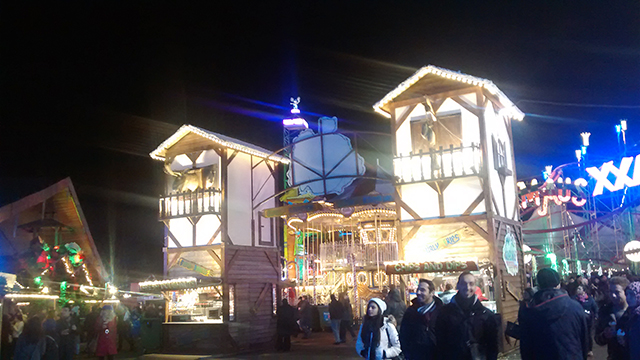 The nearest station to Winter Wonderland is either Marble Arch (on the Central line), Although the site has stated that this station gets very busy at peak times, so it is better to use Green Park (Victoria, Jubilee and Piccadilly lines), Victoria (Victoria, District & Circle lines and National Rail) and Paddington (Bakerloo, Metropolitan, Circle & District lines and National Rail).

If you have been to Winter Wonderland and want to share your tips of the best attractions to visit, let me know. Alternatively if you recommend a different Christmas market in London (or close by), please get in touch with me via Twitter.

How To Get To The Olympic Park in Stratford